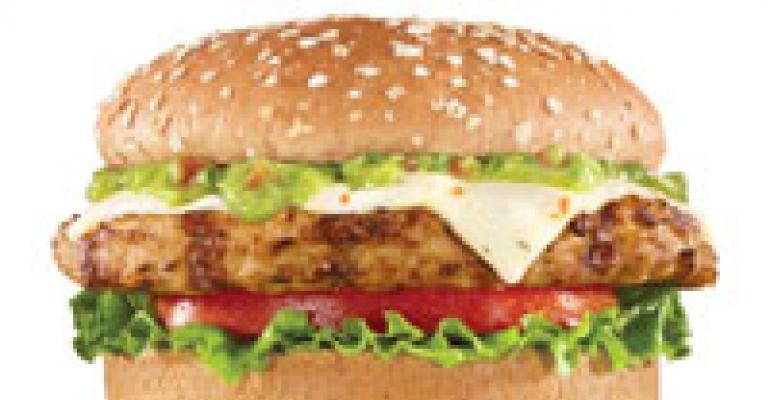 Some restaurant chains have finally hit on an effective strategy for promoting better-for-you fare: Trend-watching firm Technomic has noticed an increase in great-tasting menu items with 550 or fewer calories. By balancing flavor and sound nutrition, these items not only cater to increasing consumer demand, but also helps restaurants prepare for the implementation of pending legislation that will require any brand operating 20 or more units to display nutritional information for all permanent menu items.

Technomic executive v.p. Darren Tristano says restaurants have unlocked the key to positioning these menu items to consumers. “If you can menu these lighter items in a way that does not make consumers feel as though they are sacrificing flavor or satisfaction, they will be more likely to order them. You can tout them as savory and delicious, as well as better for you, rather than picking just one aspect over another.”

Friendly’s recently rolled out a menu of under 555-calorie meals that sell for $7.99 or less. They include Mandarin Grilled Chicken Salad, Vegetable Ginger Stir-Fry and Caprisi Chicken Sandwich and Salad. Suggested as a guilt-free sweet ending: a 250-calorie Strawberry Non-Fat Frozen Yogurt Sundae.

Other examples of new menu items that contain fewer than 550 calories include:

Technomic spotted the growth in low-calorie items using its exclusive MenuMonitor, a searchable online trend tracking tool that analyzes more than 1,200 top chain, emerging concept and leading independent restaurant menus around the world. MenuMonitor tracks menus in the U.S., as well as Canada, the United Kingdom, Mexico, Germany and France.