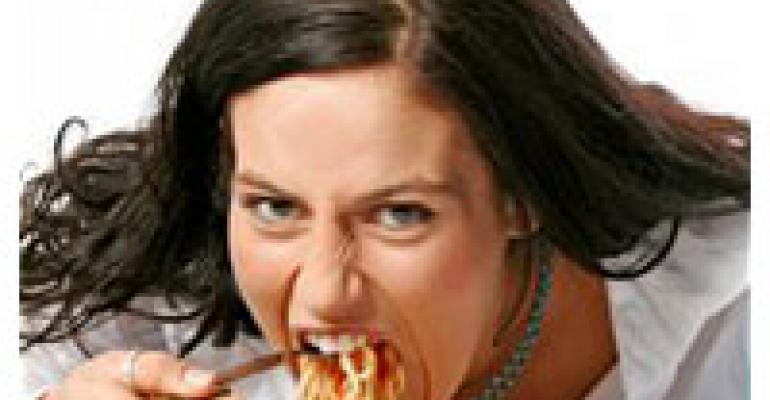 Sylvia Rector, who writes about food and restaurants for The Detroit Free Press, politely ranted about some things restaurants do that seriously bug her. Here’s her list of just six of them.

1. Being asked, "Are you still working on that?" What a poor, ill-considered choice of words. Eating is supposed to be pleasurable; it is not "work." Work is laying bricks or cleaning the basement. I'm having dinner, thank you. I'd rather hear the simple question, "Are you finished with your plate?" or "Would you like me to remove your plate?"

2. Being asked, "Would you like to keep your fork?" No, if I wanted to do that, I wouldn't have left it on the plate that was about to be cleared. If the restaurant is nice enough to serve multiple courses and clear dishes, surely it can provide guests with more than one fork for the evening. Double demerits if my used fork is picked up and placed on the table.

3. Asking how the food is before I've had a chance to taste it.

4. Suggesting the most expensive wine on the list without signaling that it might cost more than I expect. The same goes for recommending a more expensive special without mentioning its cost. Some people may not care, but those who do shouldn't be forced to ask. And no one likes feeling bushwhacked by the check.

5. Seating me at a table next to another party when most of the dining room is empty. It's such an awkward situation: Asking the hostess for a different location seems insulting to the people already there, but sitting beside them feels like I've crashed their party.

6. Seating me at a table still wet from being wiped with a dripping cloth. Ugh.

I don't mean to nitpick servers, whose jobs require a dozen different skills and the ability to juggle 10 tasks at once. They're even expected to smile serenely when the kitchen is deep in the weeds and the hungry people at Table 4 are getting surly. The fact is, many of the little things that annoy diners — that seem silly, off-putting or poorly considered — are really the result of restaurant policies and training practices. And they come up over and over again.

Sometimes it seems they have no idea what we're thinking. Maybe saying something —politely—would help.