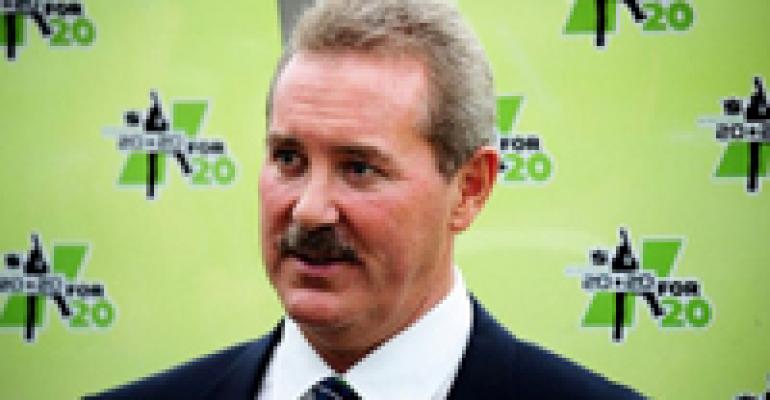 Robbing Peter to Pay Paul, While Feeding Both

Allen Stanford might be the only person in the world who’s grateful Bernie Madoff came along. Otherwise, Stanford, the swashbuckling Texas billionaire accused of cheating investment clients out of $7 billion, would now be known as the biggest swindler in history, instead of just the 2nd biggest after Madoff. Federal investigators think some of that missing money underwrote The Pavilion, Stanford’s fine-dining restaurant located in the Caribbean island nation of Antigua. Can this restaurant survive when the boss is facing a 250-year sentence?

It just might. Antigua, the primary island in the Leeward Island nation known as Antigua and Barbuda, has a population of just under 70,000. Its economy is robust, fueled by a strong tourist industry plus the major offshore banking and internet gambling entities that are headquartered here. Some of the dozens of high-profile homeowners in Antigua include Giorgio Armani, Richard Branson, Eric Clapton, Oprah Winfrey and Italian prime minister Silvio Berlusconi. People like this want an excellent place to eat, and that’s what Stanford gave them at The Pavilion.

Stanford’s ruse involved using his clients’ investment funds to buy certificates of deposit in an Antigua bank owned by…Stanford. The CDs paid such a high rate of interest that no one complained about the cozy setup. Federal prosecutors say the result was a classic Ponzi scheme, where the money from new investors went to pay off the old. An awful lot of that money, they claim, was diverted to Stanford’s personal account, enabling him to buy homes in Antigua, St. Croix, Florida and Texas.

And part of it, they say, went to fund The Pavilion, which seats but 26 for dinner and has private dining areas that can handle another 12 and 14 patrons, respectively. What’s the vibe like at The Pavilion? “Evening attire is requested,” the restaurant says.

“I wanted to build a restaurant that serves the finest and freshest foods, accompanied by a prodigious selection of fine wines, in a setting fit for royalty at an accommodating price,” Stanford said when the restaurant opened in 2004. “I want diners, whether they are regular Antigua patrons or first-time visitors, to feel like they are pampered guests in a private dining room.”

They probably do, in part because Stanford imported executive chef Andrew Knoll to do the cooking. Knoll had previously worked at Emeril’s in New Orleans and then was executive chef at Emeril’s Delmonico before signing on with Stanford. And no one’s going thirsty at The Pavilion, thanks to sommelier Aleksander Jovanovic and his 8,000-bottle wine list.

The operation is set on a hilltop whose grounds include gardens, waterfalls, lush tropical vegetation and verandas. Knoll and Jovanovic have what sound like two of the best jobs in the restaurant industry. We hope for their sake that The Pavilion sails on, Stanford or not.

Right now, it’s looking like not. Stanford said earlier this year that the charges against him were “baloney.” Yet the 59-year-old was hiding out at his girlfriend’s house in Virginia last month when he made the mistake of walking down to the end of her driveway to see if the FBI agents parked there had a warrant. They did, hauling him away on the spot. A federal judge immediately classified him as a flight risk. He’s still in custody despite several legal maneuvers to set him free on bail.

We don’t know if Stanford will get out of this one, especially after seeing how rapidly federal officials were able to bring Bernie Madoff to justice. But give Stanford his due. At least he gave the world a fine restaurant when he had the chance.
Recommended Reading