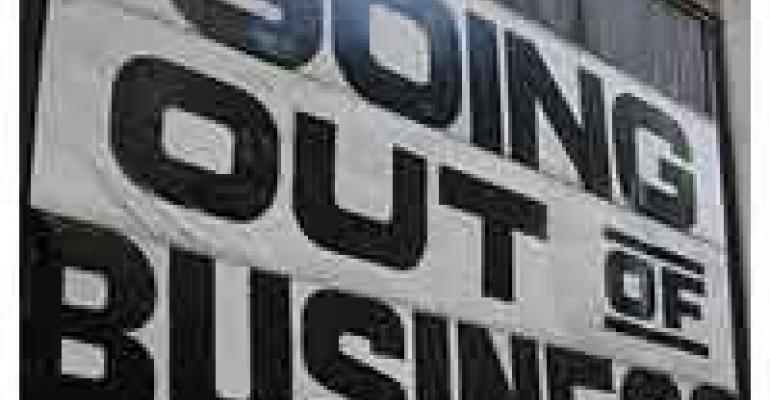 Restaurant Failures: Not As Many As You Think.

Admit it. You thought the recession was causing restaurants to drop like flies all through 2009. But market research firm NPD Group says they weren’t, as the total number of restaurants remained almost flat. We’ll miss the 1,652 U.S. restaurants that closed their doors last year. But consider the resiliency of the rest: Given market conditions, you’d expect many more would have gone under.

Those restaurant operators who steered their way through the downturn primarily did so by drastically cutting expenses and by becoming adept at attracting newly penurious customers. Factor in that “the restaurant industry experienced its steepest traffic declines in three decades” in 2009, according to Chicago-based NPD, and you have a scenario that portends massive numbers of restaurant failures.

Yet big chains (500-plus units) actually grew, with unit counts in both the full–service and quick-service segments eking out a 1 percent gain. Small chains (3-49 units) stayed even, while chains of all sizes in between (50-499 units) shrank by roughly two percent.

For independents (one or two units), the overall number of restaurants fell by one percent, according to NPD. Quick-serve independents took a 2 percent hit, while full-service restaurant counts stayed the same.

Geographically, Midwestern states like Ohio, Michigan and Illinois saw the biggest declines, with 1.2 percent of restaurants closing their doors. The Northeast U.S. (-0.6 percent) was the next-hardest hit.

In total, the industry lost just .003 percent of its units. Given the prevailing economic climate, it’s a miracle. Believe it. NPD’s ReCount service tallies the number of commercial restaurants in the U.S. twice each year, so the numbers it reports and the methodology it uses to create them are solid.

“NPD’s fall 2009 ReCount reflects a slowdown in chains expanding, and two years of a challenging economy already weeding out the poorest performing restaurant,” says NPD’s Greg Starzynski. “The economy has been particularly hard on independent restaurants and smaller regional chains that don’t have the same financial resources as the national chains.”

There are statistics galore that indicate how well, or poorly, the restaurant industry is doing. And there also analysts galore who will interpret those numbers for you. Yet we like this one from NPD because it gives such a clear perspective. The numbers reveal whether there’s growth or there’s shrinkage, and it doesn’t take a lot of analysis to figure out which trend is in place.

Keep your eyes open for the next ReCount census, which NPD will release six months from now. For now, flat is good; a return to growth would be better.