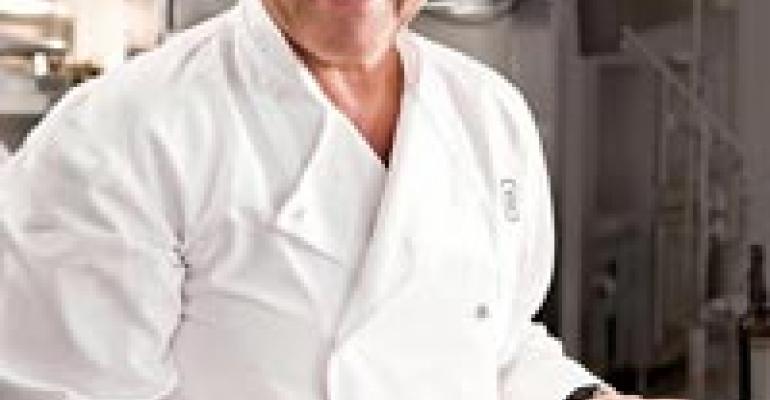 Who's Buzzworthy? Rachel Ray, Wolfgang Puck and, Unfortunately, No One Else

Boy, do we hope this isn’t a leading indicator: There are but two chefs listed in Forbes magazine’s 2009 Celebrity 100—and that’s if we count “food personality” Rachel Ray as a chef. Perennial list-maker Wolfgang Puck is still there, but the other restaurant industry names that used to populate this list didn’t make the cut. We hope Forbes isn’t telling us that chefs who reside at the top of the culinary hierarchy are losing their mojo, because the trickle-down effect of their fame helps the industry as a whole.

Don’t worry. The big-name chefs who used to appear on the Forbes list are still hauling in good money. But what the 2009 rankings tell us is that chefs matter less to the world at large than they did just a couple of years ago. And that’s not good.

In compiling its rankings, the magazine uses a self-defined metric that includes not just money earned, but also web mentions, magazine covers and television appearances. Not an exact science, to be sure, but the numbers still tell us plenty about how much, or how little, buzz certain stars and professions are creating in popular culture.

But the magazine uncovered so much interest in celebrity chefs that year that it published a list of the Top 10 chefs as ranked by earnings as bonus coverage. By Forbes’ estimates, Ray and Puck both made $16 million in 2008, Ramsay took in $7.5 million, Nobu Matsuhisa and Alain Ducasse pulled down $5 million apiece, Deen took in $4.5 million, Mario Batali earned $3 million, Tom Colicchio made $2 million and Bobby Flay and Anthony Bourdain brought up the rear with $1.5 million apiece. If you’re wondering when the Golden Age was for celebrity chefs was, this might have been it.

Forbes found a different set of circumstances when it did its research for the 2009 list. Ray, who keeps talking about opening a restaurant but hasn’t done so, yet, came in at No. 79 this year, one behind model Heidi Klum and just ahead of magician David Copperfield, conservative talker Glenn Beck and Daily Show host Jon Stewart. At No. 95, Puck was sandwiched between House actor Hugh Laurie and magicians Penn & Teller. Interestingly, Forbes estimates that Puck earns $3 million per year more than Ray. With her own TV show and magazine, however, Ray cleans up in the media mentions categories.

So who was No. 1 overall in 2009? Angela Jolie, who knocked Oprah Winfrey out of the top slot. President Barack Obama came in at No. 49. He doesn’t make nearly as much money as the other celebrities, but finished first in web hits, press appearances and TV exposure.

You may be asking: What’s the value of a list that ranks President Obama as less of a celebrity than, say, Dr. Phil (No. 12) or Britney Spears (No. 13)?

To restaurants, the Forbes list has had a lot of value. It wasn’t until the past few years that people who worked long hours on their feet cooking in restaurants began to gain equal stature with movie stars, television personalities, rock musicians and other members of the glitterati. Eventually, enough chefs made the Forbes list that the magazine treated them as a category unto themselves. Not so in 2009.

This hurts in a couple of ways. First, it slightly undercuts the industry’s glamour factor. We can’t definitively say that the diminishing star power of celebrity chefs would cause a decline in restaurant usage by the general public. But it can’t help.

More importantly, we do think that the wild success of Forbes-class celebrity chefs has helped drive wave after wave of talented newcomers into the cooking profession. If that stops, or even slows down, many restaurateurs could find their talent pool shrinking, and that the burning desire of the people in it to make a career in cooking no matter what has suddenly disappeared. This matters a lot when you’re trying to find employees willing to stand on their feet 10 hours a day for $10 an hour who can perform with uniform excellence.

Let’s hope that the relative disappearance of celebrity chefs from the Forbes Celebrity 100 is a one-year anomaly. Our fingers are crossed that the restaurant business, and the celebrity chefs who are its highest-profile practitioners, both bounce back. Soon.