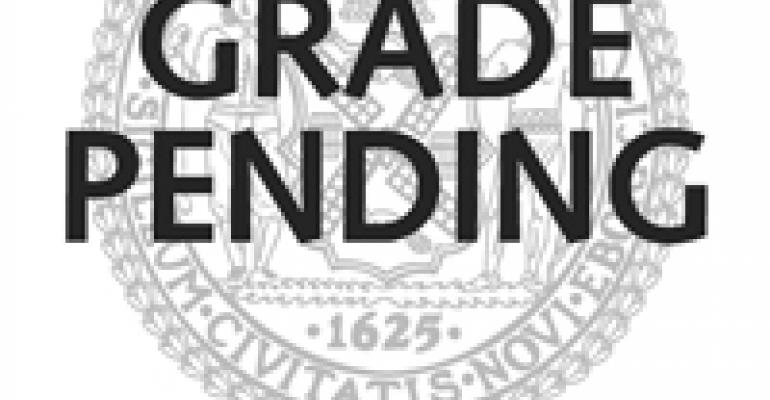 You don’t need a PhD in nutrition to know it’s impossible to calibrate restaurant dish calorie counts accurately in real world conditions. But that didn’t stop the Journal of the American Medical Association from reporting that nearly 20 percent of restaurant items contain 100 calories more than what restaurants say they do. If JAMA thinks this is a lot of variance, wait until researchers start tracking salt content.

Many restaurants have already paid a bundle to determine precise calorie counts for each and every item listed on their menus. That information has been printed on menus and posted on websites. Doing so is voluntary in most jurisdictions right now, but will become mandatory for chains having 20 or more units next year. Restaurants that have already made calorie counts public are confident they are well ahead of the nutritional information curve.

Let’s hope they’re right. Nutritional experts acknowledge restaurants have given customers plenty of nutritional information. But is this information accurate? Tufts University researchers didn’t want to wait for the new rules to go into effect to find out. Instead, they purchased samples of 269 food items from 42 different restaurants across the country—some QSR, some full-service—and analyzed their nutritional content in the Tufts labs.

Their findings, printed in the JAMA article “Accuracy of Stated Energy Contents of Restaurant Foods,” were thus: “Of the 269 food items, 50 (19%) contained measured energy contents of at least 100 kcal/portion more than the stated energy contents.”

While calorie counts for restaurant meals were deemed “accurate” overall, the 19 percent of samples that were 100 calories off alarmed senior author Susan Roberts, a Tufts professor of nutrition. “If you have 100 calories more than you think every day, that’s something like 10 or 15 pounds of extra weight you gain over the course of the year,” she told CNN.

Of course, restaurant meals aren’t created under pristine laboratory conditions. Given the furious pace at which restaurant meals are produced during a busy serving period, the most interesting finding might not be that 19 percent of samples were 100 calories off; it’s that only 19 percent were 100 calories off, and the vast majority were right on.

For example, one of the worst items singled out came from Chipotle Mexican Grill. The tested burrito bowl sample contained 703 calories, 240 more than Chipotle claimed on its website.

That’s a big miss. But anyone who has gone through a Chipotle serving line more than once recognizes that portion control is a wide-ranging improvisational art at this chain. They’re never going to short-change a customer at Chipotle, which, from almost everyone’s perspective but that of a dietitian, is a huge plus. If Dr. Roberts and her team of researchers had to, say, work the lunch rush at the Chipotle on N. Michigan in Chicago, how calorically accurate do you think the items they assembled for customers would be?

In fact, perhaps the most interesting finding from this study is that, on average, all the samples were accurate. Restaurants are delivering on their nutritional promise time after time, even though you’d expect some portions would turn out to be smaller than normal.

So how will federal calorie count standards be enforced? That issue remains a work in progress, although restaurant operators hope to enjoy the same variance manufacturers of packaged food get: 20 percent plus or minus. (For more on enforcement issues, go to http://www.nrn.com/article/ins-and-outs-menu-labeling-restaurants).

You want to keep an eye on enforcement efforts, however, because the next big nutritional push—salt content in restaurant meals—looms on the horizon. It’s seen as the gateway ingredient to high blood pressure, strokes and heart attacks. New York City, epicenter of the menu labeling movement, has already called for voluntary reductions in salt content in restaurant meals, and many observers expect regulations will follow.

Since salt is used with a free hand in most restaurant kitchens, and since salt shakers sit on restaurant tables so customers can add more if they want, this looms as a troublesome issue for operators. Salt now tops the to-do list of the nutritional police; get ready.