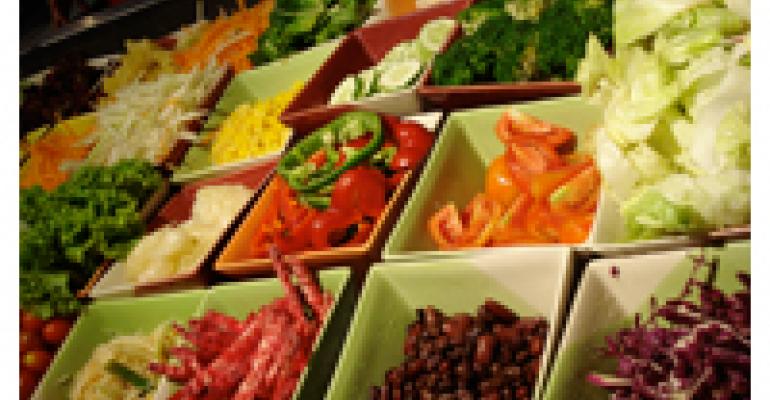 Only 52 percent of respondents to the Center For Food Integrity’s August 2010 study of consumer concerns had worries about effects from the wars in Iraq and Afghanistan, slightly less than the 56 percent “very concerned” about food safety. Wonder what those numbers would be now that terrorist plans to slip poison into U.S. restaurant buffets and salad bars are all over the news?

It wasn’t so much the CBS News revelation in late December that should put restaurant owners and managers on high alert. CBS merely reported the fact that highly vulnerable restaurant salad bars and buffets had become active targets for terrorists. The plot called for random operatives to self-manufacture the poisons ricin and cyanide, then drop them into food on open display in restaurants.

It was more the way officials handled the information after the department of Homeland Security deemed the threat “credible.”

CBS interviewed former Homeland Security Secretary Michael Chertoff about the situation, and here’s what he said: “A threat you might feel is sufficiently specific and credible to tell the people who are professionally involved might not be specific or credible enough to tell the general public.”

Fair enough. But the only people briefed on the matter by Homeland Security were security officials from those restaurant and hotel companies large enough to have a dedicated security staff. Everyone else wasn’t in the meeting. Which is to say, for most restaurants that have salad bars and/or buffet lines, there’s no specific information available about what steps you might take to forestall an attack, however unlikely one might be.

The way this was handled raises some questions. How come so many restaurant owners were left out of the loop? Aren’t they “professionally involved?” Is al Qaeda only plotting to attack restaurant chains large enough to employ security pros?

Perhaps most importantly: Isn’t this something you’d want the people with hand-on responsibility for salad bars and buffet lines to know about?

Apparently not. But at least restaurant operators have gotten a heads-up about what the effects will look like if someone slips these homemade poisons into your food and your customers ingest it.

“Initially, it would look very much like food poisoning,” St. John’s University professor Dr. Susan Ford told CBS news. But then they die. Ford said as little as 250 milligrams of cyanide would be fatal to anyone who would consume it.

How-to information on poison manufacturing is readily available on jihadist websites. It’s part of “Operation Hemorrhage,” a proposed series of small-scale operations meant to disrupt normal commerce and paralyze the populace with fear. Just one attack would close down just about every U.S. salad bar immediately, and most buffet operators would have to adopt table service overnight or else close their doors.

Could an attack like this really happen? Something like it already has, writes food safety attorney Bill Marler in his blog. He points to “the 751 people in Wasco County, Oregon—including 45 who required hospital stays---who in 1984 ate at any one of ten salad bars in town and were poisoned with salmonella by followers of Bhagwan Shree Rajneesh. The goal was to make people who were not followers of the cult too sick to vote in county elections.”

We agree with Homeland Security that it’s better to fight these battles behind the scenes, rather than scaring restaurant patrons half to death by giving these vague threats publicity. But it wouldn’t hurt to give restaurant operators a few tips about how to make salad bar and buffet poisoning harder to pull off, just in case they wind up as the last line of defense against the terrorists.