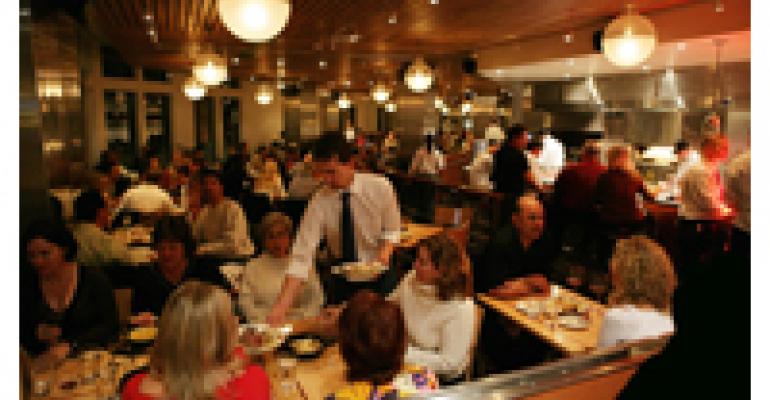 2011 Restaurant Trends: What Will Pan Out?

Before you finalize your plan to act on the items highlighted on 2011 restaurant trend lists, let’s go back and see who made the smartest calls about 2010. Our top predictor: Denver-based restaurant consultant John Imbergamo. Most of his picks are still valid for 2011, too.

We were moved to make our reality check by the arrival of the final round of 2011 food and restaurant trend predictions. This one came from Bon Appetit’s Epicurous.com. Much of its insight sound as though it may have been written exclusively by cube-dwelling media workers in New York City or Los Angeles. Their working premise seems to be that whatever they and their immediate circle of friends think is hip will soon become equally desirable to the rest of the nation.

They may be right, but we wish good luck to any restaurant operator who wants to build a business around these items from the Epicurious.com 2011Top Ten Trends: macaroons, meatless Mondays, tofu Thursdays, foraging, pop-up cafes, urban wineries, tiki cocktails and pimenton de la vera, a.k.a. smoked paprika.

Imbergamo’s year-old trends are rooted in the mainstream. That’s why most of his predictions weren’t just accurate in the short term; they’re still applicable one year after he made them

These were among his top picks for 2010:

Deal mania. He correctly anticipated the onslaught of discount offers that swept through the industry last year and looks to keep doing so in 2011. Imbergamo sensed the only way operators could keep customers coming through the door and prevent same-store-sales figures from shrinking was to cut patrons a deal. He went so far as to question whether overreliance on bogos, coupons or other discounts will eventually make customers reluctant to pay full price. This forecast was right on the money, and that question looms over the restaurant industry in 2011.

Localization. Imbergamo foresaw that the push by fine-dining restaurants to source locally would filter down to casual, fast casual and even fast food restaurants. But he wasn’t sure it was the right thing to do. “It’s a perceived marketing edge that’s probably gotten out of control,” he said. He pointed out the inherent difficulty with local sourcing: prices and quality vary by season in ways not amenable to profitable restaurant operations. “When you start talking about local suppliers, some of these things get out of whack and way too expensive,” he said.

Cash Flow Crisis. He correctly forecast that not only would people dine out less frequently 2010, but would spend less money whenever they did. The biggest effect, he said, would be felt in fine dining. “Check averages in the fine-dining segment are down because people aren’t buying expensive wine, it’s as simple as that. The sweet spot used to be $75, now it’s closer to $45-$50. Look for more restaurants to include more wines in that range.” He was right about last year, and it’s a trend likely to continue through 2011, with perhaps certain wines being offered at even lower prices.

Instant Criticism. Imbergamo rightly foresaw, although didn’t have a solution for, the onslaught of customer-generated restaurant criticism driven by the Internet and various forms of social media. “You got the guy whose Manhattan wasn’t made the way he wanted, sitting with an iPhone and a bored wife, and he starts posting on the fly,” he said. “It’s a real problem restaurants have to address, and there’s a common understanding that during difficult economic times, you have to work harder on service to preserve your current customer base.”

That’s another prediction that still has room to run—lots of it.

Imbergamo didn’t get everything right. His prediction about the upgrading of kids’ menus in the fine dining and midscale restaurant segments has yet to come to pass. Let’s face it: kids’ menu staples remain pizza, chicken fingers and macaroni and cheese. But overall, he had far and away the highest batting average of any trend list-maker in the industry for 2010.

Alas, Imbergamo didn’t put out an updated list for 2011. But his 2010 effort still gives restaurant operators plenty of food for thought as they plot strategy for 2011. That’s all you can ask of any forecast.