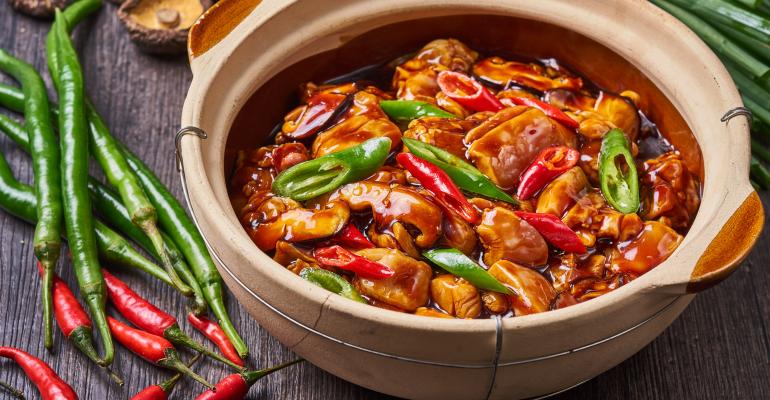 A 6,000-unit braised chicken chain based in China is scheduled to make its U.S. debut on Sept. 10, in Tustin, Calif.

Yang’s Braised Chicken and Rice has essentially one menu item: braised chicken thigh meat with ginger, mushrooms and chiles in the Lu Cai style of Shangdong Province in China, served in a clay pot with rice. The dish is called huang men chicken.

Guests can request various spice levels, from mild to spicy. The chicken-and-rice combination is priced at $9.99.

The dish is a recipe from the grandmother of founder Xiao Lu Yang, who launched the concept in 2011, in China, and has grown it to about 6,000 locations throughout China, Australia, Singapore and Japan. Although the one-dish menu may seem limiting, Zhao argued that the limited menu has worked well for the concept in other countries.

In a way, it’s part of the brand’s appeal, she said.

“A lot of times, especially with Chinese food, there’s a lot of selection, and you don’t know what to choose,” she said. “We want to make people’s choice easier. Whenever you come to Yang’s, you know what you’re getting. It’s just the one dish you want.”