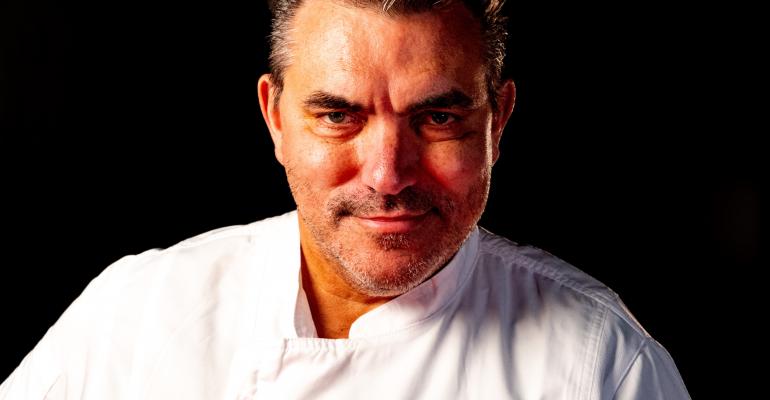 The upcoming Boston food hall will stretch the definition of dining out with elements of restaurants, Web 3.0, an interactive art exhibit, and food science museum

While both virtual and in-person food halls have grown exponentially over the past couple of years, chef Todd English is taking experiential dining to a whole new level with his upcoming Stamford, Conn. interactive food hall project that will be opening sometime over the next 18-24 months as part of the newly launched English Hospitality Group.

While specific details, including the name of the food hall, are still scarce, chef English revealed his plans for the 80,000-square-foot food hall that will combine elements of traditional dining with Web 3.0 digital interactivity, art exhibits and a food science museum and educational center.

“I think we’ve moved on to a new generation of food as entertainment,” English told Restaurant Hospitality. “Food is the central means for people to gather but there’s also a huge interest in educating people about health and nutrition.”

The massive space will feature interactive art exhibits from Claude Monet and Vincent Van Gogh, the latter of which will be paired with a French restaurant while the food hall will try to “create symmetry between the two” (art and food) through video, artwork and food presentation.

The food hall will also have the ability through flexible space usage and technology, to change experiences daily, transforming a sports bar airing games during March Madness into the five-dimensional art exhibit that will house the Van Gogh dining experience.

“We feel that technology is crucial, and we will also be using new tech to produce our food [at the food hall],” English said, adding that the space will also have elements of Web3 like the metaverse and NFTs. “We will have a lab and explore the foods of the future too.”

English emphasized the importance of the science education aspect of the forthcoming dining experience. Originally, the [project was supposed to be built at the Boston Museum of Science, and even though that never materialized, he said it is a crucial element of his vision.

“Food is science and we want the opportunity to teach kids about food science,” he said. “We want to be a place of education, and it's not going to be in a classroom: this will be exploratory as you walk around the different exhibits.”

English said that, for example, he envisioned a mushroom exhibit called a mushroom village that will have interesting fungi on display and explore the nutritional benefits of the food (while the stars of the exhibit might be used in dishes at the restaurants).

As for the cuisine itself, English said that his team wants to explore food that’s out of the ordinary and globally inspired, with an emphasis on a broader exploration of food and plenty of vegetable-centric concepts.

“We have a lot of room to play with, so this will be something entirely different,” he added.

More details on the unnamed food hall will be available in the coming months.