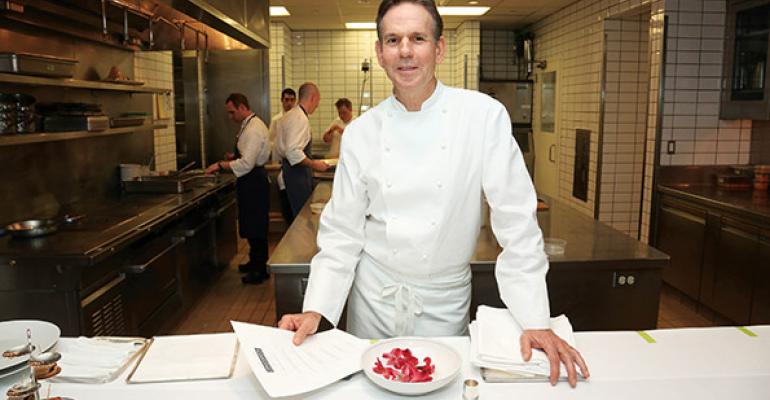 Thomas Keller to open restaurant in The Surf Club in Miami

Thomas Keller is a presence in California, New York and Las Vegas. Soon the venerated chef and restaurateur will be operating in Miami.

Officials with the Thomas Keller Restaurant Group have confirmed with NRN that Keller in 2018 will oversee a new restaurant in The Surf Club hotel.

The not-yet-named concept will be in the former private club in Surfside that will include the new Surf Club Four Seasons Hotel, according to The Miami Herald.

Details are not yet available, but Keller told the Herald he’s planning to create a concept around the Surf Club as the iconic beach playground for the elite, where Frank Sinatra and his Rat Pack pals threw wild parties; where Liz Taylor, Gary Cooper and Tennessee Williams escaped; and where Winston Churchill painted watercolors in a cabana.

“It’s going to be a tip of the hat to a time when America was the most optimistic, when the appeal in America, the pride in America, was at its peak,” he said. “The glamour, the celebration, that’s the kind of restaurant this will be.”

It also won’t be a fine-dining restaurant on the same level as The French Laundry in Yountville, Calif., or Per Se in New York, he told the Herald. He will likely name an executive chef and oversee it, as he did for the Bouchon Bistros and bakeries his group operates in California, Las Vegas and New York.

“I don’t think I’ll ever open another fine-dining restaurant in America,” Keller, 61, told the Herald. “Trying to replicate that energy, I’m not going to do that, not at my age.”

Keller is also curating a collection of restaurants and developing his own concept for the Hudson Yards project in New York City, the largest real estate development in Manhattan since Rockefeller Center. Hudson Yards is scheduled for completion in 2025, but Keller’s project is expected to debut in 2018 with the first phase of construction.

Correction, Jan. 6:  An earlier version of this story mischaracterized the name of the restaurant Thomas Keller is planning in Miami. This story also updates information about the opening of Keller’s concept in New York City.