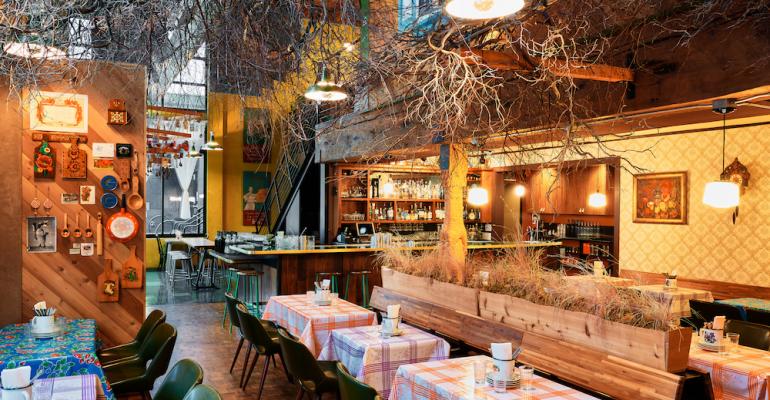 AJ Meeker
Chef Bonnie Morales said she created Kachka to share the food and culture of immigrants from the regions of the former Soviet Union.
Trends>New Restaurant Concepts

This Soviet-inspired restaurant stands with Ukraine

Kachka in Portland, Ore., is fundraising for the Red Cross in the war-torn region

“Our hearts break for the loving, caring people of Ukraine who do not deserve this terror. We vehemently oppose the actions the Russian government is taking to invade Ukraine,” she said.

Morales said she created Kachka to share the food and culture of immigrants from the regions of the former Soviet Union, and while the food isn’t political, she says she “opposes any political nostalgia for that oppressive era in history.”

Kachka’s story is deeply rooted in Eastern Europe.  On the restaurant’s website, the name “Kachka” is explained: In 1941, Morales’ grandmother escaped a tragic event in which nearly 1,000 Jews were killed in Belarus. Her grandmother spent two months traveling from village to village on foot, nearly starving. When stopped by a Nazi-appointed town warden, she told him she was Ukrainian. He tested her by asking how to say “duck” in Ukrainian — a language she didn’t know. She responded with the Belarusian/Yiddish word “kachka,” which happens to be same in Ukrainian, and he let her pass. She survived — and joined the resistance. 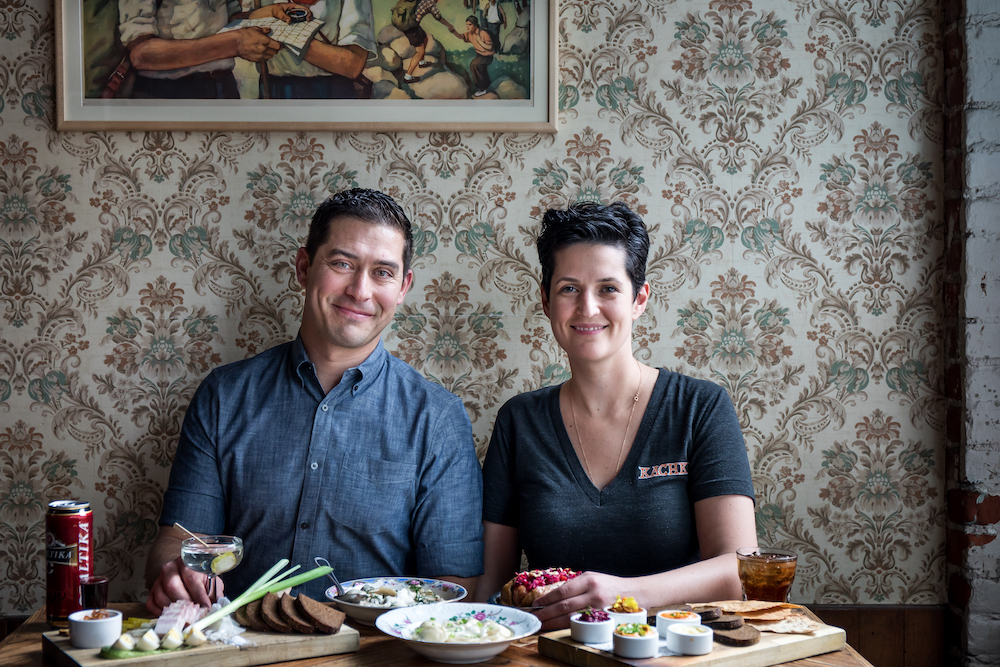 Her son, Morales’ father, later emigrated as part of a Soviet Jewish wave of immigration to the U.S.

With Ukraine now under attack by Russia, Morales and the rest of the staff felt compelled to help. The restaurant is featuring a drink, either a cocktail or vodka infusion, from which 100% of proceeds will be donated to the Red Cross in Ukraine. Kachka has its own line of vodka infusions called Kachka Spirits.

“Our guests have been very supportive of our position, as well as contributing to the fundraiser. We were able to donate $1,000 after the first few days. We are also working on a special frozen Ukrainian dumpling to be sold in our Kachka Lavka (grocery), as well as local New Seasons grocery stores as an additional fundraiser,” she said.

The menu features dishes such as caviar and roe, which includes a yeasted blini, chive, butter and sieved egg with your choice of fish eggs, such as wild Mississippi River hackleback roe, or a Kaluga Queen Amur hybrid from China. There’s also a rabbit in a clay pot for $32 that includes a hindquarter braised in smetana (a type of sour cream), porcini, sour cherries, garlic and crispy draniki (Belarusian pancakes).

Along with the fundraiser, Kachka also recently made the change to include a tip-sharing model for their employees, replacing the traditional gratuity by adding a 22% service charge.

“For years we felt as if it was unfair, so we made the switch,” Morales said.

So after being open for eight years under the status quo of individual tips, she realized servers were making twice, if not three times as much as the back-of-house employees.

“And that’s sort of the norm, and we often felt like it was unfair, but we couldn’t really ruffle any feathers,” she said.

With the belief that not one area of the restaurant is more important than the other, and having experienced both front and backend parts of the restaurant, they decided there would never be a perfect time to make the switch.

Morale said it’s not just a challenge at Kachka, but industry-wide.

So they removed the ability to tip from the diner and have replaced it with a service fee of 22%.

“By doing that, that allows the restaurant to distribute wages equally, equitably, and allows us to have an actual appropriate sort of wage structure,” she said.

She hopes Kachka can help break the mold on the standard of tipping in the restaurant industry.

CORRECTION: This article has been updated to correct the name of the spirits Kachka produces.