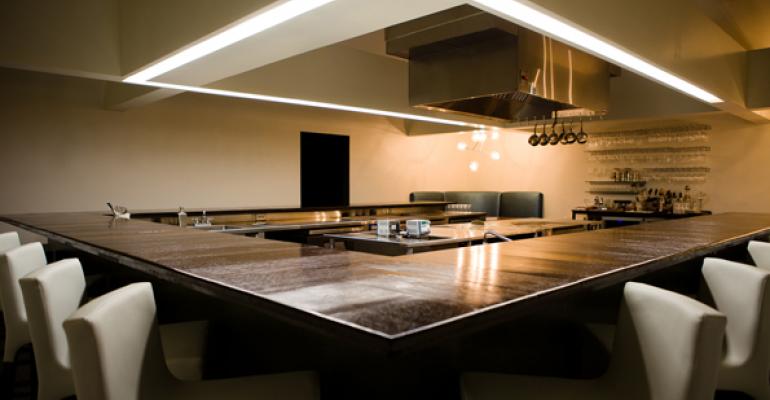 At first blush, it appears brothers Benjamin and Max Goldberg lack focus. Their concepts are all over the map, ranging from haute cuisine to honky-tonk. But there is a method to their madness: they simply want to rule the world (or at least Nashville). Based on the game plan they’ve laid out so far, they’re on the right track. Their Merchants restaurant offers a casual bistro on the first floor and fine dining on the second. To fuel the place they hired a top gun chef who worked at Gramercy Tavern in NYC. And that’s what they do, surround themselves with top talent. At Catbird Seat, which was on everyone’s 2012 list of the best new restaurants in America, they brought in chefs Josh Habiger and Erik Anderson to hold court at this 20-seat culinary temple, which features a seven-course tasting menu. The chefs have worked at Noma in Copenhagen, the Fat Duck in London, the French Laundry in Napa and Alinea in Chicago. It doesn’t get better than that. Catbird is located above the brothers’ Patterson House, considered one of the country’s best watering holes. Alchemy Consulting (see RH May issue, page 50) was hired to create the mixology program. Even at their honky-tonk, Paradise Park Trailer Resort, they exceed expectations. The casual menu (burgers, grilled cheese, hand-cut fries) is far better than it has to be, and the superior sound system will blow you away. What’s most exciting about this group is their next project, a huge space that will encompass several venues. The Brothers Goldberg are ambitious and fearless, which is an unbeatable combination.