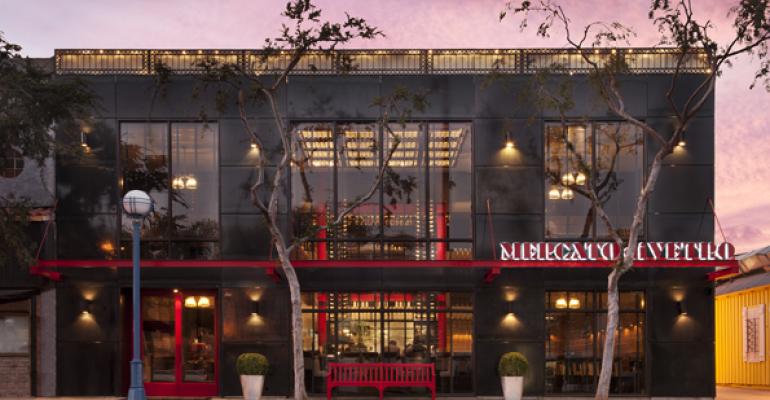 Upcoming projects:
• The Bazaar by José Andrés (to open at SLS Las Vegas in 2014)
• The Griddle Café (a partnership with Jodi Hortze, the founder of the famed Hollywood breakfast hotspot, at new SLS in Vegas)
• Double Barrel Roadhouse (restaurant and bar with American comfort food and live music to open at Monte Carlo in Vegas)

These guys are the cutting edge of cool and have been since Nazarian founded SBE in 2002. The sense of exclusivity that started with Hollywood nightclubs even celebrities would wait in line for—Hyde Lounge (“The most exclusive nightclub in America.” - LA Times), The Sayers Club (“An industry hot spot.” - Rolling Stone) or The Abbe (“The best gay bar in the world.” - MTV)—has expanded to hotels, restaurants and beyond SoCal. The Bazaar at the SLS Beverly Hills was the last restaurant to get four stars from the LA Times (in 2009!), which described the experience as “Fellini-esque, a gastronomical circus, a flirtation with the flavors and soul of Spain.” Danny Elmaleh, a 2007 Restaurant Hospitality Rising Star, has found acclaim with his nouveau Middle Eastern cuisine at Cleo and his Italian Mercato di Vetro. Katsuya by Starck (a collaboration with master sushi chef Katsuya Uechi and designer Philippe Starck), Umami Burger (SBE is a 50-50 partner in the Adam Fleischman creation) and 800 Degrees (the fast-casual pizza concept from Umami Burger) are examples of Nazarian’s keen eye for finding the right partners.