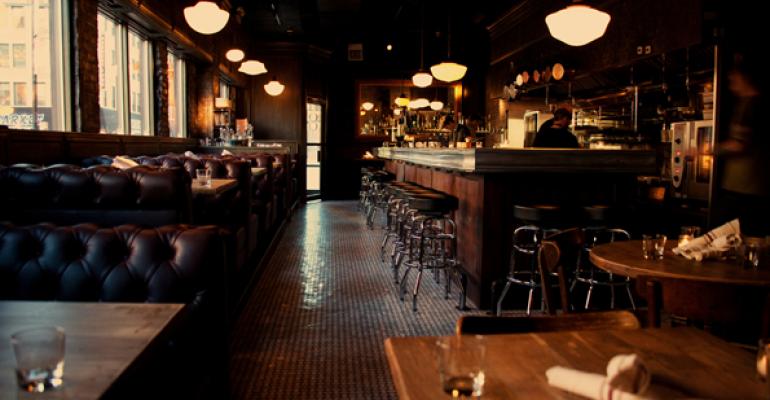 Upcoming projects:
• a Jewish deli called Dillman’s in the River North neighborhood of Chicago
• a barbecue joint in the West Loop area of Chicago with a Japanese noodle bar underneath
• a cheeseburger window at Bavette’s
• a Neapolitan pizzeria in Chicago

If you’re going to create a multiconcept empire, there’s no better place to learn how to do that than at Lettuce Entertain You Enterprises under Rich Melman. But that was never Brendan Sodikoff’s goal. He had always seen himself as a very good cook, and his résumé proves it: He’s spent valuable time in the kitchens of Thomas Keller, Alain Ducasse and a variety of other top chefs. But the repetitiveness of cooking does wear one down, and Sodikoff was looking to open a restaurant of his own, but to no avail. He accepted an invite from Melman to work in Lettuce’s test kitchen and to help the company open new concepts. That experience eventually led to the opening of Gilt Bar in 2010. A few short years later, Sodikoff has opened several of Chicago’s coolest restaurants with price points considerably lower than you’d find at a Keller and Ducasse restaurant. In five years he’s become a steamroller who has more concept ideas than time. But over the next months and year he’ll be rolling out a variety of different concepts that will likely all have one thing in common: lines of customers clamoring to be part of Sodikoff’s scene. He knows what people want and he’s prepared to give it to them.