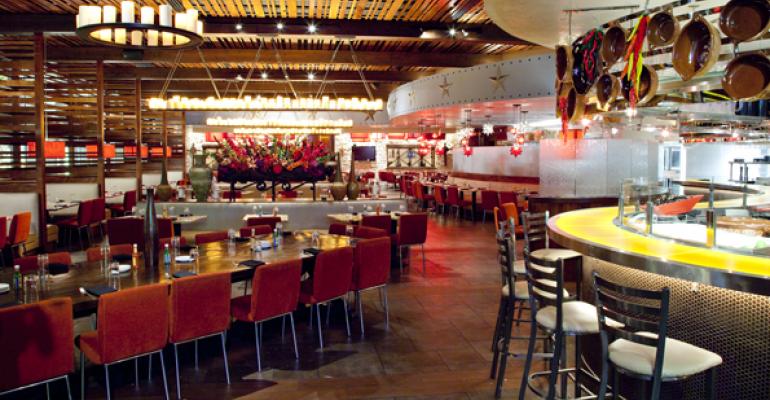 Here to Serve has a simple approach, from its one-word restaurant names to its founder’s mantra: “I want the masses, not the classes,” Tom Catherall has often said. His casual-dining empire in Atlanta has never been about getting three-star reviews and diners wearing three-piece suits. He’d rather make friends and money, and he’s done plenty of both. Annual sales hover around $45 million and his loyalty program—Friends of Tom—now has 75,000 members. Those friends, the masses, come not just for the food, but also the fun. “We call it ‘eatertainment,’” says director of operations David Abers. “We have fun and want our guests to feel like they are on vacation when they join us.” The eclectic portfolio provides plenty of options—steaks, sushi, seafood, Asian, Mexican and more—for a good holiday, as the English-born Catherall might say. Here to Serve has proven masters at multiconcept. The lesson? Keep it simple, stupid.