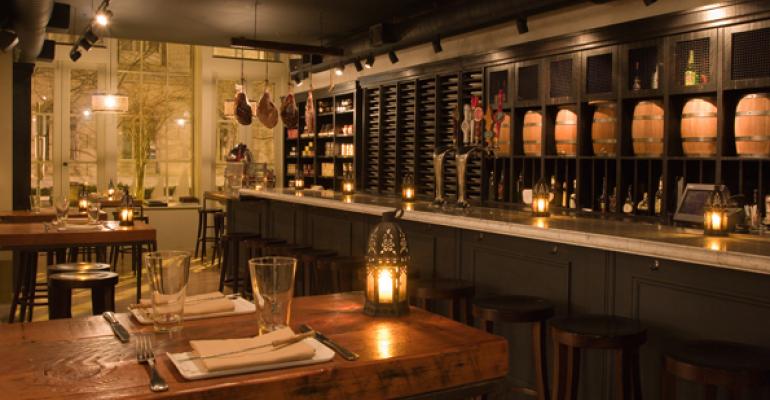 Upcoming projects:
• A full-service restaurant and concessions for Kimmel Center for the Performing Arts in Philly

Jose Garces is a quiet, gentle man. Even when he slew an army of the country’s best chefs to achieve Iron Chef status four years back, he did it with dignity and respect. And that’s how he’s built a growing empire of exciting restaurant concepts. Though he has a stable of Latin concepts, he’s proven to be more than a one-trick pony. Garces stretched beyond his Latin roots to create a great American bar (Village Whiskey), a European café and takeout market (Garces Trading Company) and a farm-to-table American concept (JG Domestic). He’s also demonstrated versatility by stretching outside his Philadelphia home base by creating concepts in Chicago (Mercat a la Planxa), Atlantic City (Amada, Village Whiskey and Distrito Cantina), Scottsdale, AZ (Distrito, Old Town Whiskey and Garces Trading Coffee Kiosk) and Palm Springs ( El Jefe and Tinto). In addition to 15 restaurants in five cities, Garces also operates the 40-acre Luna Farm, which provides organic vegetables, fruits, eggs and honey to his restaurants. And to demonstrate his involvement with the community, he also operates Garces Family Foundation, which helps Philadelphia’s immigrants by funding heath care and providing nutritional programming for youth. This is an organization built for the long haul.