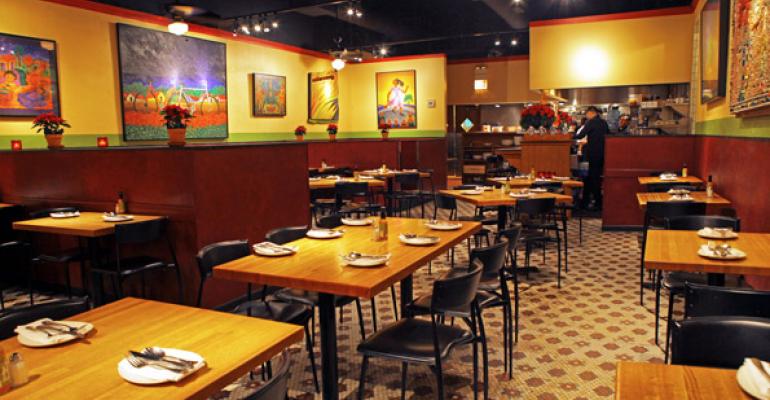 Back in the 1980s, in terms of fine dining, America was obsessed with French cuisine. American cuisine had not yet achieved first-string status and ethnic restaurants, for the most part, could not command respect in this country. Then Rick Bayless came along in 1987 and created Frontera Grill, which demonstrated that authentic Mexican cuisine was not just rice, beans and gloppy cheese, as we were led to believe. Frontera was so startling in its revelations, that in 1991 the James Beard Foundation named Bayless the Best Chef in the Midwest. Four years later, the Beard Foundation declared him the best chef in the land. Several years after opening Frontera, Bayless and he wife/partner Deann opened Topolobampo, an upscale restaurant that proved Mexican cuisine can be as elegant as any other cuisine, including French. As you might expect, investors have courted him for years to crank out Frontera Grills by the hundreds, which he has resisted. Instead, he has maintained the integrity of his brand. In recent years he’s entered the fast-casual and quick-service arena, while maintaining the highest standards. Last year he won Bravo’s Top Chef Masters, beating out some of the best chefs in the country. But a truer test of how good he and his brand are can be found at O’Hare Airport, where his Tortas Frontera produces food so far beyond what you expect, that you won’t mind having been groped by a TSA agent minutes earlier.