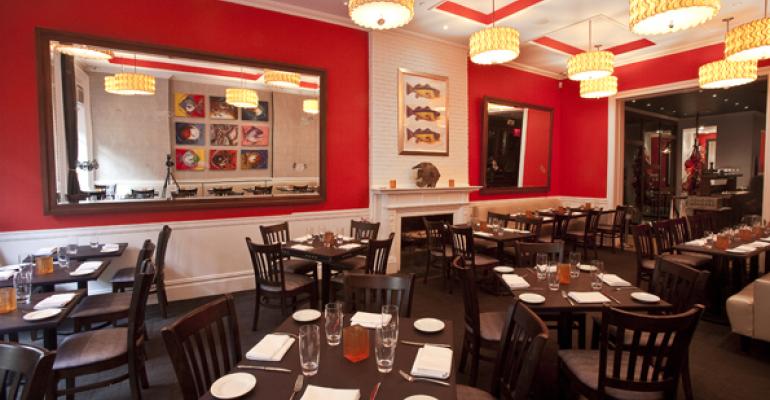 If there’s ever a call for a culinary Mt. Rushmore, David Burke would certainly get heavy consideration for a place on the mountain. He has won every conceivable culinary honor, including the Robert Mondavi Award of Excellence, The CIA’s Escoffier Award, induction into James Beard’s Who’s Who of Food & Beverage, Nation’s Restaurant News’ Menu Masters and declared New York’s Best Culinary Prankster by Time Out New York. The last award may seem relatively insignificant, but it does shed light on why the man has become a culinary icon. Despite his lofty pedigree, Burke isn’t afraid to have fun and make food that is accessible. Consider a few of his creations—red velvet cake in a can, Kobe corn dogs, pretzel-crusted crab cakes and cheesecake lollipop trees. He came up with these playful creations years before others claimed them as their own. Burke is also the creative genius behind pastrami salmon. But don’t be fooled by his lighthearted ways. The man who once served as the v.p. of culinary development for the Smith & Wollensky Restaurant Group is dead serious about his quest for perfection. Consider this: At David Burke’s Primehouse in Chicago, he has an in-house Himalayan salt-lined drying cave where he ages beef. The beef in question originates from his own bull, a 2,600-pound stud named Prime. Eat his 55-day dry-aged rib eye and we guarantee you’ll lobby to get his face up on Rushmore.