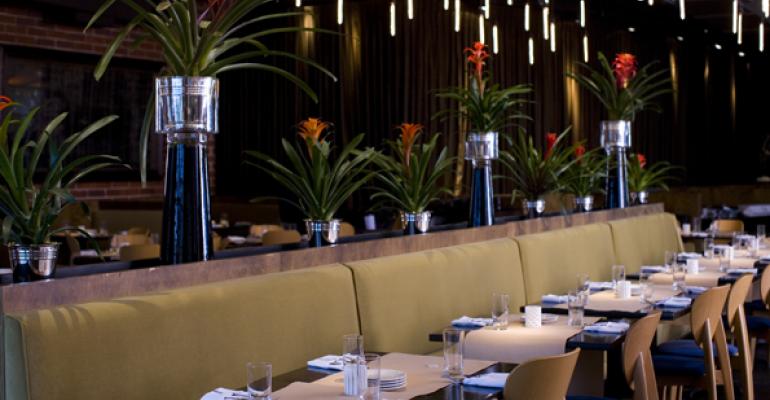 Upcoming projects:
Another partnership with Richard Blais, and Michael Rosen of Juniper Hospitality, will bring a yet-to-be-named restaurant to a warehouse outside Little Italy in San Diego later this year.

You may not necessarily know the name Concentrics, but if you’re talking Atlanta dining, you can’t do it without mentioning Bob Amick. He’s been at the heart of the city’s culinary scene since the early ’70s, when he helped lead Peasant Restaurants to 42 locations across the country and later opened the acclaimed Killer Creek. Amick and business partner Todd Rushing are now operating 10 different concepts in the city and have consulted on many more new and successful concepts around the country. Their latest, and maybe hottest concepts, are those with Richard Blais, the fresh-faced and innovative Top Chef star and fan favorite. His imagination is on full display at The Spence, where you can start with the bone marrow, Hamachi tartare and fried quail egg appetizer, follow it with an entree like the crisp pork belly, octopus and bbq chickpeas and finish with the pineapple upside down cake & foie caramel. Blais also offers fine dining between the buns at Flip Burger Boutique and with hot dogs at HD1. Maybe those wouldn’t even be possible, at least in Atlanta, if not for One. Midtown Kitchen. It opened in 2002 and was at the forefront of the restaurant revival in Midtown. The concept in a renovated urban warehouse offers approachable, high-energy American cuisine from chef Nick Olarsh. The sequel was Two Urban Licks, with chef Todd Stein’s “fiery American cooking,” and Concentrics hasn’t stopped innovating since.