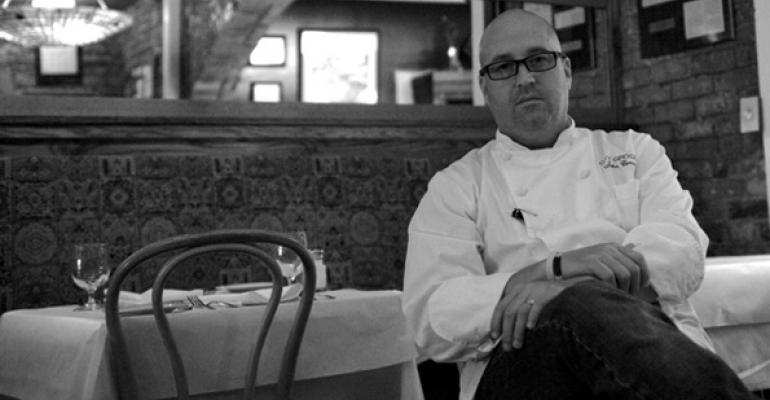 It’s not easy getting noticed by the media in Oxford, MS, which is a bit off the beaten culinary path. But chef John Currence has long been a diamond in the rough. In 2006 he received the Southern Foodways Alliance “Guardian of Tradition Award,” and three years later he was recognized by the James Beard Foundation as “Best Chef South.” He made a name for himself way back in 1992 when he opened City Grocery, which he built in a Reconstruction-era livery stable in Oxford’s Courthouse Square. It’s there where the chef demonstrates just how sophisticated Southern fare can be. And that goes for his cocktails as well. SouthernLiving named City Grocer one of the South’s Best Bars. Known for finding unusual locations for his restaurants, Currence opened Boure in Oxford’s original Ford showroom. It’s his tribute to New Orleans and Creole cuisine. A few years back he opened Snackbar, which features French-inspired Southern dishes. But what put him on our list was his Big Bad Breakfast concept, where he creates Southern breakfast favorites and amazing lunch sandwiches. He’s got a smokehouse where he smokes bacon and sausages. In fact, he does everything he can on premises, including making jellies and preserves daily. He’s teamed up with another multiconcept company, Fresh Hospitality Group, and they plan to open units of Big Bad Breakfast all over the Southeast. It’s a breakfast concept that leaves nearly all others in the dust (Travel & Leisure named it one of the “Best Breakfast Places in the World.”) That’s a growth vehicle he can ride for a long time.