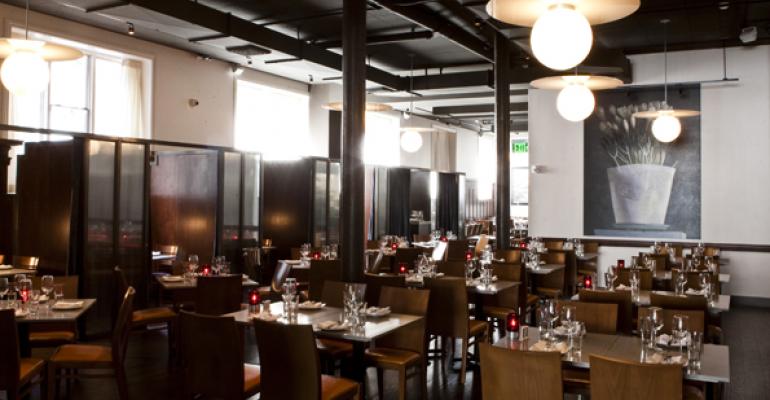 Simply put, Charlie Palmer is a legend. In the piece about David Burke’s group above, we suggest Burke as a candidate for a culinary Mt. Rushmore. Well, Burke, at one time, worked for Palmer. In fact, nearly two dozen of the country’s best chefs have toiled for and spread the gospel of Charlie Palmer. Not one to seek the media spotlight, Palmer has quietly created some of the best restaurants this country has ever seen, particularly his flagship, Aureole. It is a benchmark by which other upscale restaurants are judged. He seemed content to remain in New York, but then in 1999 Mandalay Bay in Las Vegas made him an offer he couldn’t refuse. A second outpost of Aureole opened there and Palmer demonstrated that he could adapt to his environment. The showmanship of Vegas is on full display as customers watch “wine angel stewards” on bungee cord-like ropes ascending a four-story wine tower to retrieve one of 3,200 bottles stored there. Since then, he’s expanded his empire to California, where he has restaurants in Orange County, San Francisco and Sonoma. But what makes Palmer and his group so special, particularly since he cut his teeth as a culinary guy and not a finance expert, is that all of his latest restaurants have been built in boutique hotels he owns. Creating a successful restaurant is an achievement, but creating successful restaurants in successful hotels is extraordinary. And that’s exactly what Palmer is—extraordinary.