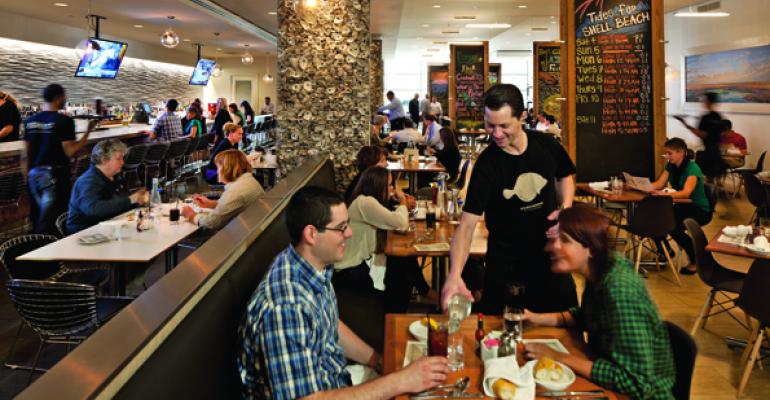 We once had the pleasure of attending an international culinary competition in Iceland where John Besh was a competitor. The favorite sport of locals there is drinking and they kept us up all night long doing what they do best. With a few hours of sleep at best, Besh crushed the competition, most of whom wore toques and starched whites. He’s that good a cook. The James Beard Foundation confirmed it in 2006 when it named Besh the Best Chef in the Southeast. But he’s also proven to be an equally talented businessman. As Emeril Lagasse’s public persona has receded in recent years, Besh’s has grown to the point where he’s become a Big Easy spokesman and symbol for one of America’s most interesting culinary cities. It doesn’t hurt that he’s got boy-next-door good looks, but it’s his nine outstanding restaurants that have put him at the top of the NOLA elite. He’s offering a little of something for everyone, including contemporary French (August), Borgne (Louisiana seafood), a steakhouse (Besh Steak), a Franco-German brassierie (Luke), country French (La Provence), American comfort food (American Sector) and a classic American soda shop (Soda Shop). With two cookbooks out and a third on the way later this year, plus two national television cooking shows, Besh has the star power to grow his brand as big as he wants.