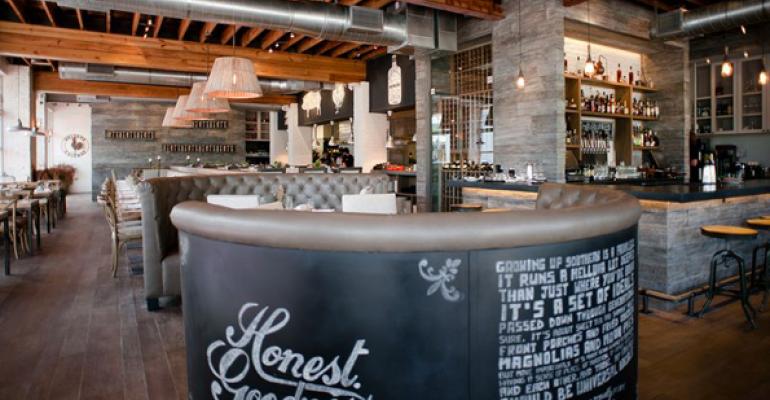 Upcoming projects:
• Test Kitchen, a community outreach/teaching center and a site for celebrity chefs to cook high-end dinners for charity events.
• The expansion of current brands into Las Vegas, Chicago and New York in the next year or two.
• The creation of two new concepts (which are top secret).

You’re wondering why a company with only three concepts is on this list. Our reply is simple: John Kunkel. He’s the driving force behind 50 Eggs. Before he launched this company, he created another—fast-casual Lime Fresh Mexican Grill—which he sold to Ruby Tuesday for a sweet $24 million. He could have kicked back and taken it easy. Instead he had a hankering to open full-service restaurants that are so cool even a $24 million man would want to eat there. And that he did, starting off in 2011 with Yardbird Southern Table & Bar, which serves authentic Southern cuisine. It was quickly nominated for Best New Restaurant by the James Beard Foundation and its chef, Jeff McInnis, was nominated this year by the Beard Foundation for Best Chef-South. Kunkel followed Yardbird by creating a Thai concept, Khong River House, which also was nominated for a Beard Award—Best New Restaurant. His latest is Swine Southern Table & Bar, a pork-centric spot in a setting that mixes old-school Deep South elements with contemporary touches. All of Kunkel’s places have a cool, elbows-on-the-table feel where everyone feels comfortable. The guy has a Midas touch and we can’t wait to see what he comes up with next.