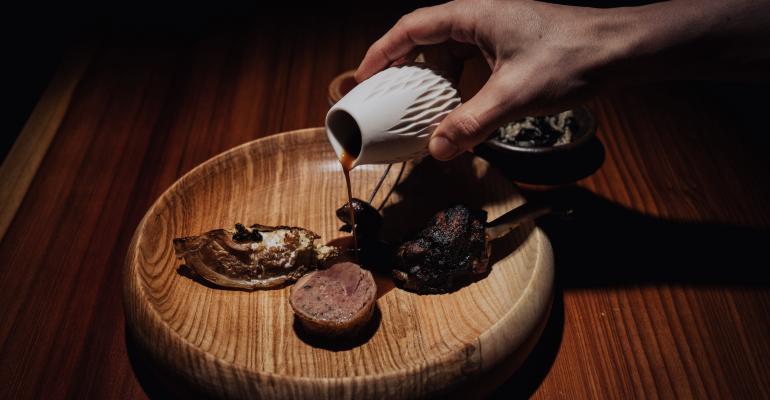 Seth Stowaway says it's not unusual for people to think his live-fire restaurant in San Francisco is a barbecue joint. But Osito is a far cry from that.

"We try to put out as much language as we can that that's not what we do, and I think most people are pleasantly surprised," said chef Stowaway over the phone from his home in San Francisco. "The thing about fire, it actually can be more delicate. One time someone left a note saying they loved the dinner, but expected more smoke and char. There is some of that, and burning something is how we get flavor, but making something delicate out of it, that's where it's masterful with this style of cooking."

Osito, in the city’s Mission District, runs two seatings five nights a week at its 26-seat community table. Each meal is served at the same time and involves around nine courses with multiple dishes in each course. Diners might get 24 small plates by the end of the night, and every one of those is either cooked over a live fire, or is served raw and cold. 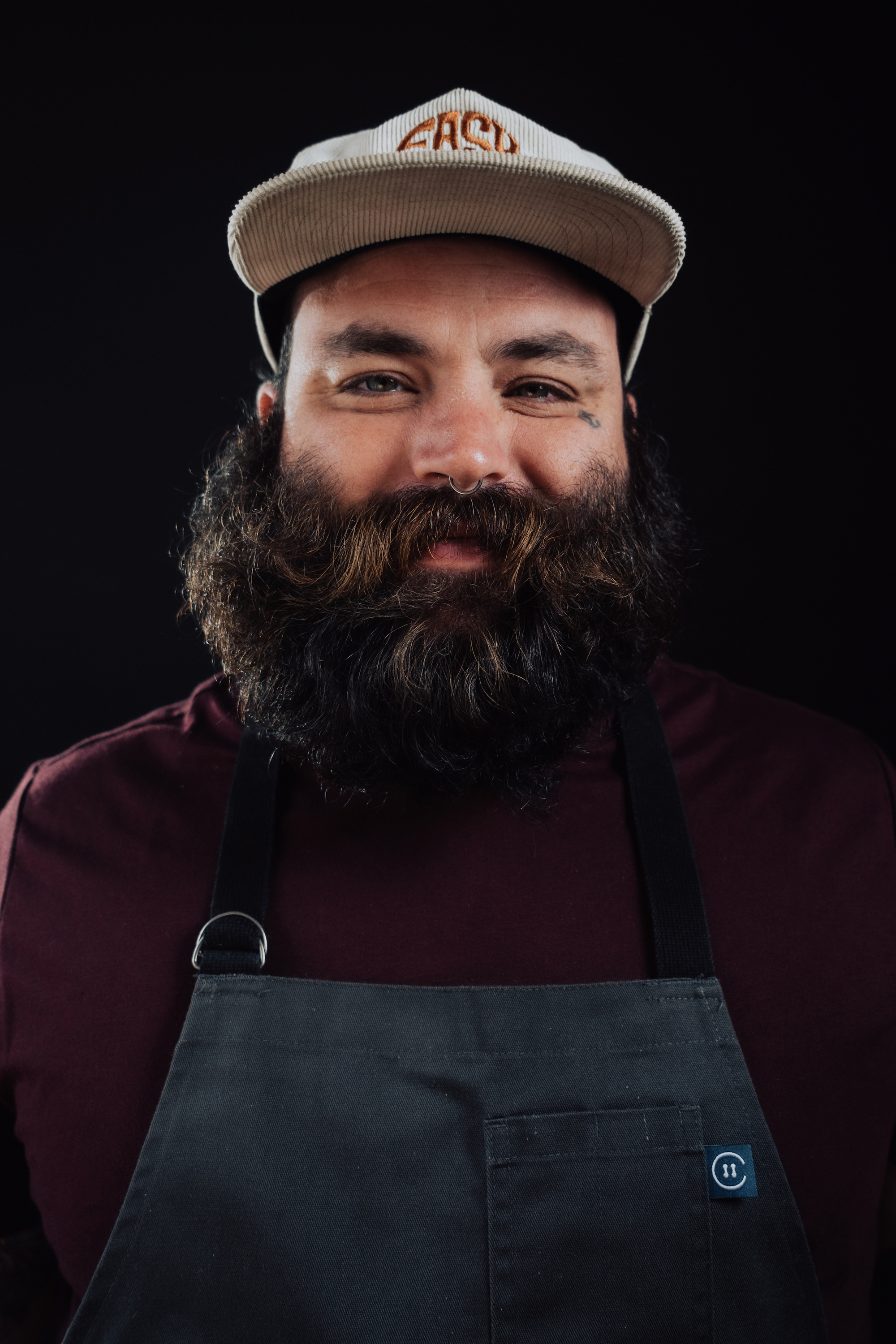 Stowaway's choice to forgo gas burners and ovens when building Osito came out of his upbringing in Texas. And yes, part of it was the barbecue culture, but a lot of the open-fire memories he has come from going to a ranch with his father and cooking over a big bonfire in the summer.

"I love what you can do with it, and I love that you can make things that are incredibly elegant and delicate with such a depth of flavor," he said. "I think real creativity comes from setting parameters. You say 'to cook this food we are using this medium,' instead of just having all the tools in the toolbox."

In the early 2000s Stowaway moved to California to cook, and he used an element of live fire in most of the places he worked. When the opportunity to open his own spot arose in 2020, the chef decided he wanted to dedicate it solely to that technique.

Inside the restaurant there is a wood oven and a large hearth, which, the chef said, is basically a giant, eight-foot-long fireplace with large hoods. There are different cooking surfaces they use over the flames, depending on what is being made.

While Stowaway loves the way Osito runs, he admitted there are difficulties to his model. For one, it takes longer to get surfaces hot and to cook things such as stock. Tending a fire to keep the heat consistent also takes effort, and the team has to constantly pay attention to the coals and wood fueling the flames.

"You don't just turn on the range and it stays where you want it, you have to constantly be making sure the coals are hot," he said. "Overall, we have to be more intentional and specific about what we are doing."

Though using live fire is a challenge in itself, Stowaway upped the ante by also making Osito a fine-dining restaurant that only does tasting menus. Each seating runs $295 per person, and the menu changes every two months depending on the season.

"The idea is everyone experiences the same thing at the same time, so if you come by yourself or a group of people, you might leave with new friends by way of experiencing something that someone next to you is experiencing," said the chef. He said he can work with dietary restrictions when presented with them beforehand.

Stowaway themes each menu on what's coming from the local farmers and markets. For example, the menu when we spoke to him in early February was Ocean and Orchard, featuring Northern California citrus and seafood from the Pacific Ocean. With this menu he grouped the courses by fish or crustacean. For example a crab course consisted of a tiny crab tart with black sesame and green garlic mousse; a take on crab avocado toast using tiny loaves of bread baked in the hearth; and a bite-sized crab taco with a kohlrabi "shell," pear, kimchee and mint. 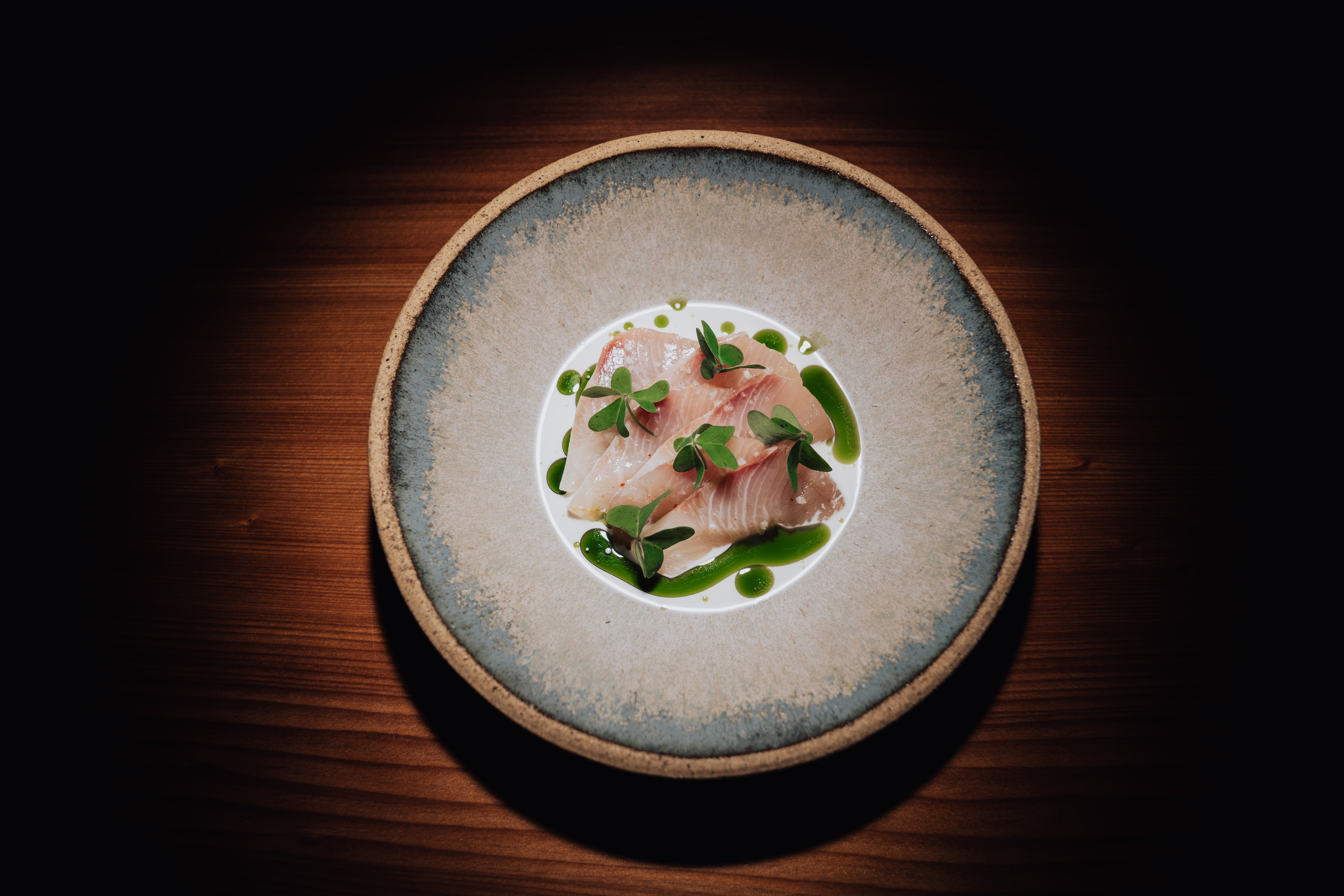 "I have been cooking in California a long time now and I have close relationships with farmers," said the chef, who added that when it comes to ingredients, he doesn't work with third-party distributers.  "It makes it interesting, for sure, and that's why the menu is all about citrus and sub-tropicals [like kiwi, passion fruit and guava] right now, which are some of our favorite ingredients."

As for the price of this unique experience, Stowaway recognizes it's on par with well-established, famous places such as The French Laundry (currently $350 for the nine-course tasting menu). But, he said, that's what the cost of opening a high-end restaurant in California is these days.

Originally, the restaurant was supposed to launch in fall of 2021, but due to construction issues it was delayed until the end of the year. So far Osito has been hosting dinners for two months, and Stowaway expects as word gets out the reservations will fill up well in advance. Each month the reservation list opens up for the following month, so come March guests can reserve a spot for April.

And, for those looking to get a taste of Stowaway's live-fire cooking but without the commitment to time or money, they can visit Liliana, his cocktail lounge next door. There the menu may include items such as sourdough flatbread topped with fonduta, fermented Piracicaba broccoli, and black trumpet mushrooms; or smoked mussel escabeche with burdock, horseradish and crispy trout skin. Chase it with gin mixed with house-made tonic, or a changing list of craft cocktails that also speaks to the changing California seasons.