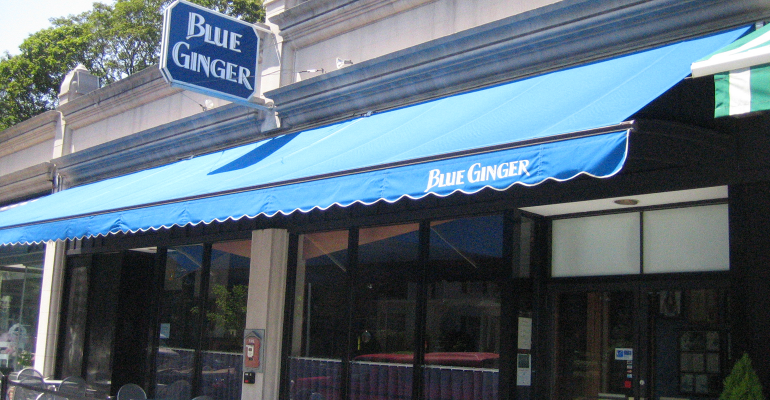 Blue Ginger, in Wellesley, Mass., will serve its last dinner on June 3, after 19 years. The last night of service will be followed by a “celebratory yard sale” of items from the restaurant to benefit Family Reach, a nonprofit supporting families dealing with cancer. Tsai serves on the group’s national advisory board.

“Ending this chapter of my life is incredibly bittersweet,” Tsai said in a statement, noting that 15 marriages have resulted from staff members meeting at the restaurant over the years. “My staff, managers and Blue Ginger regulars are truly family to me.”

Launching ChowStirs will mark a new chapter for the chef, who is also known for promoting East-West cuisine on the TV show “Simply Ming,” as well as his seven cookbooks and the restaurant Blue Dragon in Boston. The entrance of Blue Ginger

Tsai is developing ChowStirs in Boston with Sean Gildea, who is also a partner in Blue Dragon.

Like Tsai’s other restaurants, ChowStirs will be designed as an allergy-sensitive concept that’s entirely nut-free. The menu will feature “delicious, healthy, affordable and freshly wokked stir frys,” Tsai said.

The new concept will also have a mission to give back.

“It is my mission to leave the world a better place,” Tsai said.