Inside Shaya, a modern Israeli restaurant 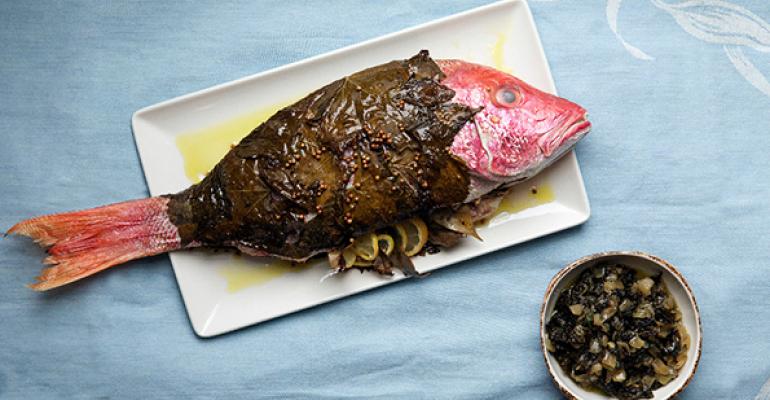 Chef Alon Shaya, in partnership with chef John Besh, recently opened Shaya, a contemporary restaurant that features the cuisine and culture of his upbringing.

For the last several years, Shaya has been the executive chef and partner of Domenica and its more casual sister restaurant, Pizza Domenica, in New Orleans. Both restaurants are part of the Besh Restaurant Group. Now Shaya, a James Beard Foundation finalist for Best Chef, South, has opened his own concept, featuring many recipes that he cooked while growing up with his Jewish grandmother. Last year, he spent considerable time in Israel immersing himself in the vibrant culture and cuisine of his homeland.

“What I hope to bring to the menu is my approach to modern Israeli cuisine, marrying local New Orleans ingredients with the indigenous flavors of Israel,” Shaya explains. The restaurant draws influences from North Africa, the Middle East, Eastern Europe, Turkey and Greece. Here’s a look at the space and some menu items.