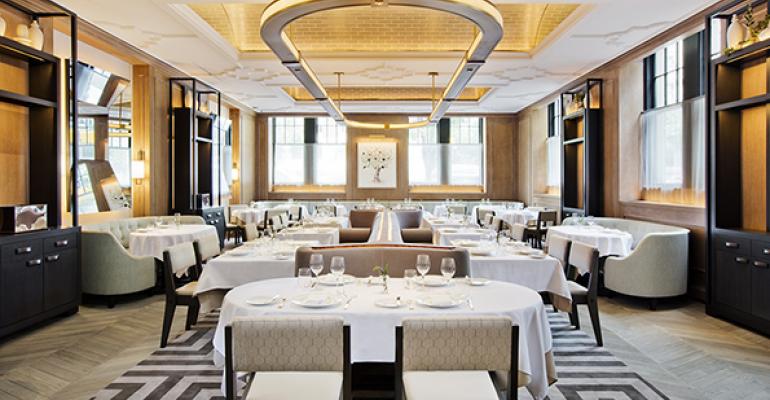 Celebrity chef Michael White, considered one of this country’s great Italian chefs, has opened his first French concept under the banner of Altamarea Group, which he owns with Ahmass Fakahany. Located on NYC’s Upper East Side, Vaucluse was designed to suggest a contemporary South of France farmhouse. The 186-seat restaurant features two main dining rooms and a central lounge, along with a prominent bar. Though Italian is White’s focus, he did cook in France with the legendary Roger Verge. Vaucluse refers to a region in Provence, though the menu offers a broader brasserie-style selection of dishes. The executive chef is Jared Gadbaw. Altamarea Group operates more than 15 restaurants, many of them in New York City. The company was featured in Restaurant Hospitality’s 2014 list of the The Coolest Multi-Concept Companies in the Land. White and Fakahany are also recipients of The Richard Melman Innovator Award, presented by Restaurant Hospitality. Here’s a look at the 186-seat Vaucluse.