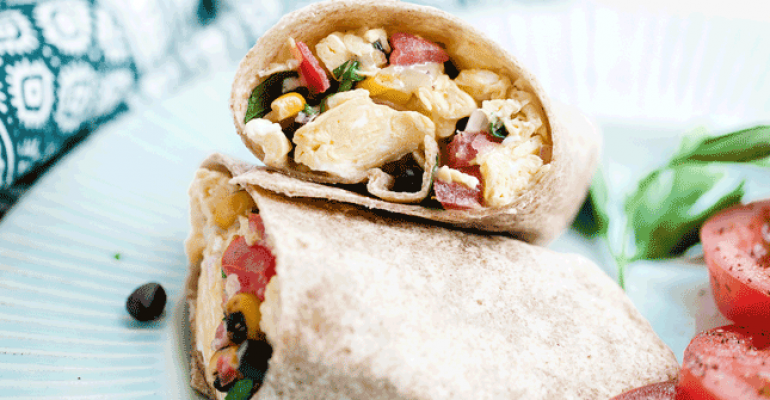 Allen, wife of professional basketball player Ray Allen, is a self-professed fan of fast food, but that has changed as her family grew to five children and the middle son was diagnosed with Type 1 diabetes.

“After spending nearly 20 years in sports arenas around the country, cheering on my husband and his teammates, I ate a lot of fast food,” Allen says. Ray Allen played for the Milwaukee Bucks, Seattle SuperSonics, Boston Celtics and Miami Heat in the National Basketball Association.

“I was existing on chicken fingers and fries three days a week with my five children in tow,” Allen recalls.

To meet the need for nutritious food fast, Allen opened the first Grown restaurant in South Miami on March 25 to provide an all-organic menu that could be vegan and Paleo. The Allens on Sept. 1 opened two more locations with Centerplate Inc. in Hard Rock Stadium, home to the National Football League’s Miami Dolphins and the University of Miami Hurricanes football team.

The Allens plan to open two more Grown locations in the Orlando market in 2017. The original Grown location is 1,900 square feet with 40 indoor seats and 29 on a patio. The stadium units include a 700-square-foot concession slot on the 50-yard line with limited menu and a 1,700-square-foot club-level space with a full menu, Shannon Allen says.

“I’m passionate about finding out how Grown will operate in captive-audience spaces,” Allen says, such as airports, hospitals and universities. “There are a lot of kids on college campuses that are starting to get the benefits of what they are eating.”

Salads make up the top-selling category at the brick-and-mortar restaurant, totaling about 29 percent of the sales. “People love a freshly spun salad,” Allen says.

The reaction from Dolphins fans has been excellent so far, Allen says. “From the response we’ve been getting in the stadium, people are really excited about having an organic, freshly prepared meal,” she adds. Bestsellers in the stadium have been wraps, juices, the wild-caught-salmon burger and gluten-free panko-crusted chicken tenders with sweet potato fries and fruit. The menu was developed with the help of Boston chef Todd Kiley, a friend of the Allens.

The most popular salad is the Havana with pico de gallo, black bean-corn salsa, avocado, white cheddar cheese, tortilla strips, dark leafy greens and a cilantro-lime vinaigrette. Proteins can be added, such as salmon, shrimp, organic chicken or brisket or grilled portobello mushroom.

Grown’s prices range from $4 to $18. For example, soup is $4; breakfast items are priced at $5 with a drink; and for the 11 a.m. to 9 p.m. period the “Almost Grown” kids’ menu is $7 and adult items are $11 for salads and wraps to $18 for a eight-ounce organic brisket with two sides. Locations also offer organic beer.

“All the ingredients are certified organic,” Allen says, “and that comes with a higher price point, in some cases as much as three times more expensive than a conventional product.”

The flagship location is used as the commissary for stadium outlet production.

Grown’s crew members, most of whom don’t live near the stadium, are transported on game days to staff the stadium units, Allen says. Grown, which uses no frozen products, is still working on getting the stadium inventory on target. “The first game, we ended up giving away a lot of food,” she notes. “But I think we made a lot of fans from the people who work there.”

Allen says she is carrying on traditions set by both her parents. Her father was a teacher and carpenter who grew an organic garden at their home in Middletown, Conn., and her mother owned and operated a real estate company.

“My parents made their own jam and stewed tomatoes for home,” Allen recalls. But with her mother working as many as 90 hours a week, the quick-service drive-through also figured into meal plans.

Allen says she learned from her mother that “dinner isn’t something you should feel guilty about.”

“I knew there was a real place for nutritious organic food with the convenience of a drive-through.”