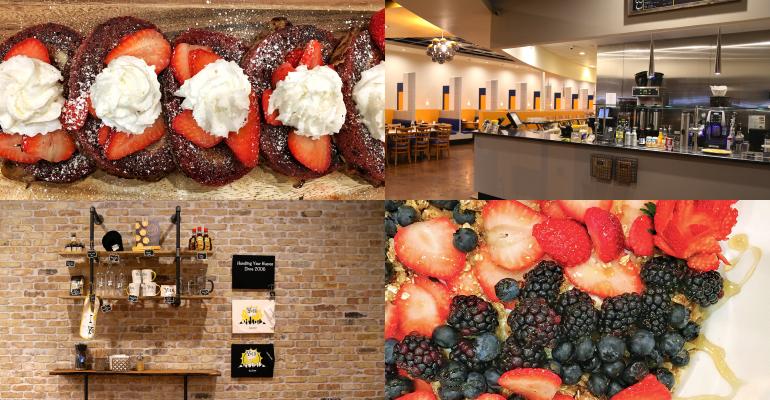 Chicago-based Yolk is exporting its 10-year-old breakfast-and-lunch concept well beyond the Windy City.

In an interview this week at the month-old, second Dallas location, Kastanis said the company is looking at possible locations on the East Coast.

Yolk currently has five restaurants in Chicago, two in Indianapolis, two in Dallas and one in Fort Worth, Texas. Three more openings are planned, with two of those in Chicago and the other in Indianapolis.

The restaurants currently do not offer beer, wine or alcohol, but Kastanis said the options are being considered for some locations. Yolk customers are welcome to bring their own, he said.