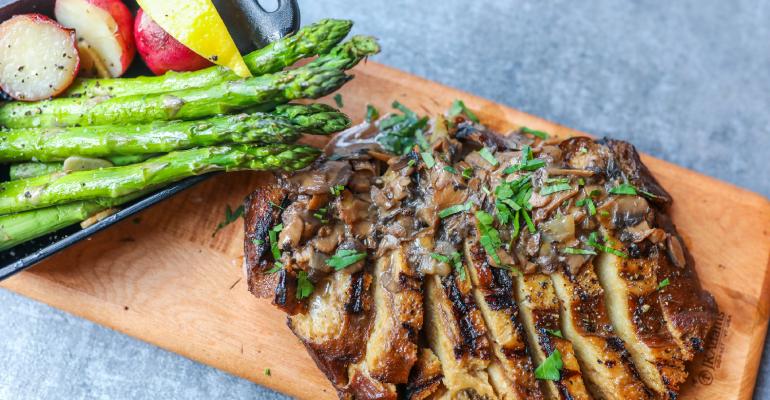 Once a believer in fast-casual, this operator predicts New Yorkers will want sit-down dining again

Coletta, a kosher vegan Italian restaurant, is the second new concept Vaknin has opened in the past two years. In February 2021, he debuted his American bistro-style concept, Willow, which is also kosher and vegan. With Coletta, Vaknin continues his transition away from the grab-and-go model of pre-pandemic Beyond Sushi and toward sit-down dining.

Vaknin believes that Coletta’s 2,000-square-foot space, which seats 74, is a more intimate setting than those of his previous restaurants. The menu features vegan variations on classic Italian dishes, including a margherita pizza made with tomato sauce, fresh basil, “mozzarella,” extra-virgin olive oil and toasted pine nuts; and a ​​chick’n piccata made with lemon-caper sauce, baked lemon potatoes and garlic broccolini. Starters cost around $17, and pizzas, pastas and entrées range from $20 to $28. 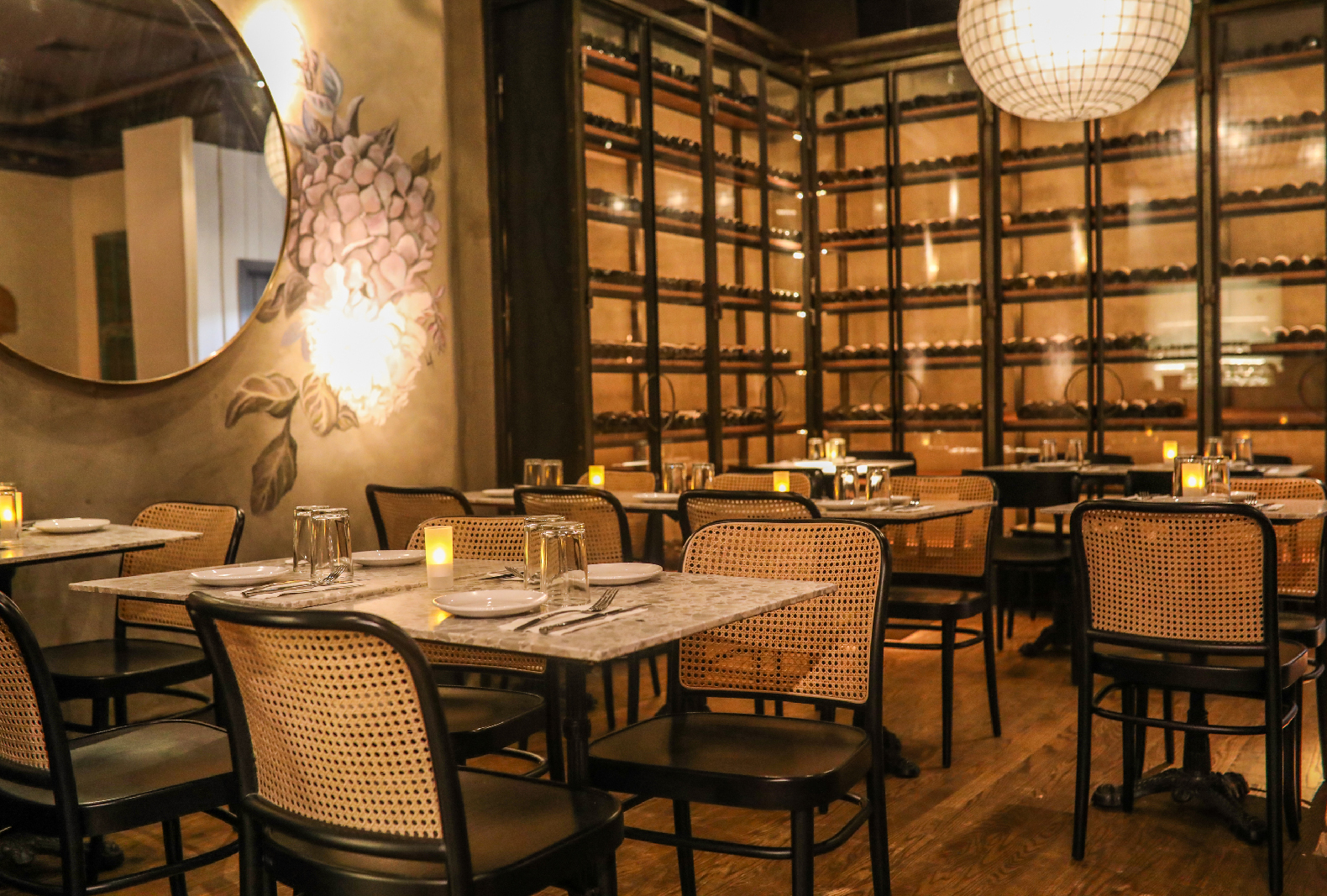 An Italian restaurant was in the same space before Vaknin converted it to the kosher vegan Italian concept Coletta.

Related: Beyond Sushi chef and owner Guy Vaknin on bargaining with landlords, outdoor seating in NYC and preparing for the winter

Coletta’s menu represents a recent change in Vaknin’s approach to vegan cooking. Before the pandemic, he was uninterested in plant-based recipes that tried to closely resemble non-vegan foods. But he has come to embrace the possibilities that substitutes like Impossible Foods’ products offer.

“I didn't have burgers on my menus. I didn't have all this stuff. But during the pandemic, and with the veganism rise, I felt like the demand was there, and I saw what other people were putting out, and I felt like I could do better. And so I started playing around with it, and a whole world opened up that I hadn’t touched before. And that was the cool part of it. Now I can do a tiramisu that is — I'm not blowing smoke up my ass — but it was one of the best that I've had,” Vaknin said.

The key to Vaknin’s approach is to study the plant-based substitutes, to understand what each can do, and to marry them with high-quality ingredients. Vaknin highlighted the Madagascar vanilla beans that go into the tiramisu, for example, and truffles in dishes like the “tuna” crudo. 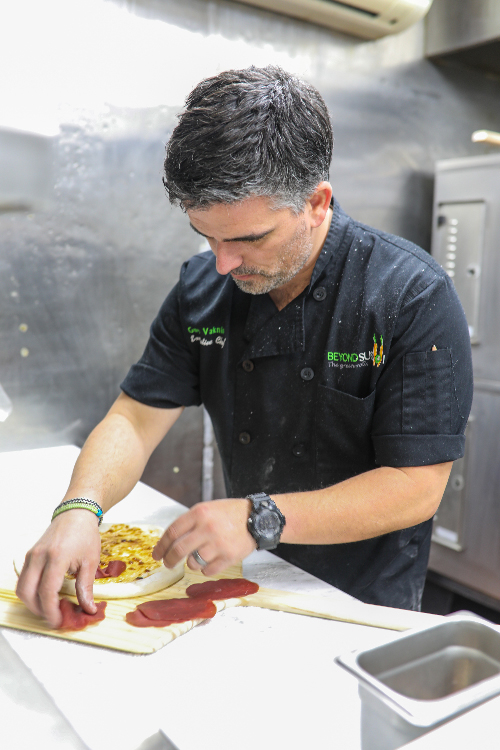 “I feel like I'm not a chef if I just take a product and slap it on the grill and say, ‘Hey, look at me.’ Something's got to be done in terms of your fingerprints on it and what you have done to it,” Vaknin said. “So, for instance, I use [the Impossible Burger] as flavoring to the mix that I make for my burger, which I cold smoke for six hours and then I put on the grill. But then I have my prints on it, and it's mine. For the cheese, it's not one kind of cheese. I did a tasting for like 17 mozzarella cheeses that are vegan. And then I took those cheeses and decided which three I'm going to use and then mix those to get the right flavoring for me and the right melting point…. So you wouldn't be able to get that mix or that cheese anywhere else.”

At the beginning of the pandemic, Vaknin closed six of the seven Beyond Sushi restaurants he had been operating. (Currently, Beyond Sushi has four locations, all in New York City.) With free time on his hands, Vaknin set to work experimenting with developing new vegan concepts. City Roots’ catering division, which accounts for about 15% of the company’s business, became his vehicle for new ideas.

“It gives me the ability to be creative,” Vaknin said. “I used to incorporate all this stuff into Beyond Sushi that didn't really fit with Beyond Sushi, because I didn't have an outlet. But now it gives me an opportunity, first of all, to showcase what I can do and what veganism can be and how far you can stretch it.” 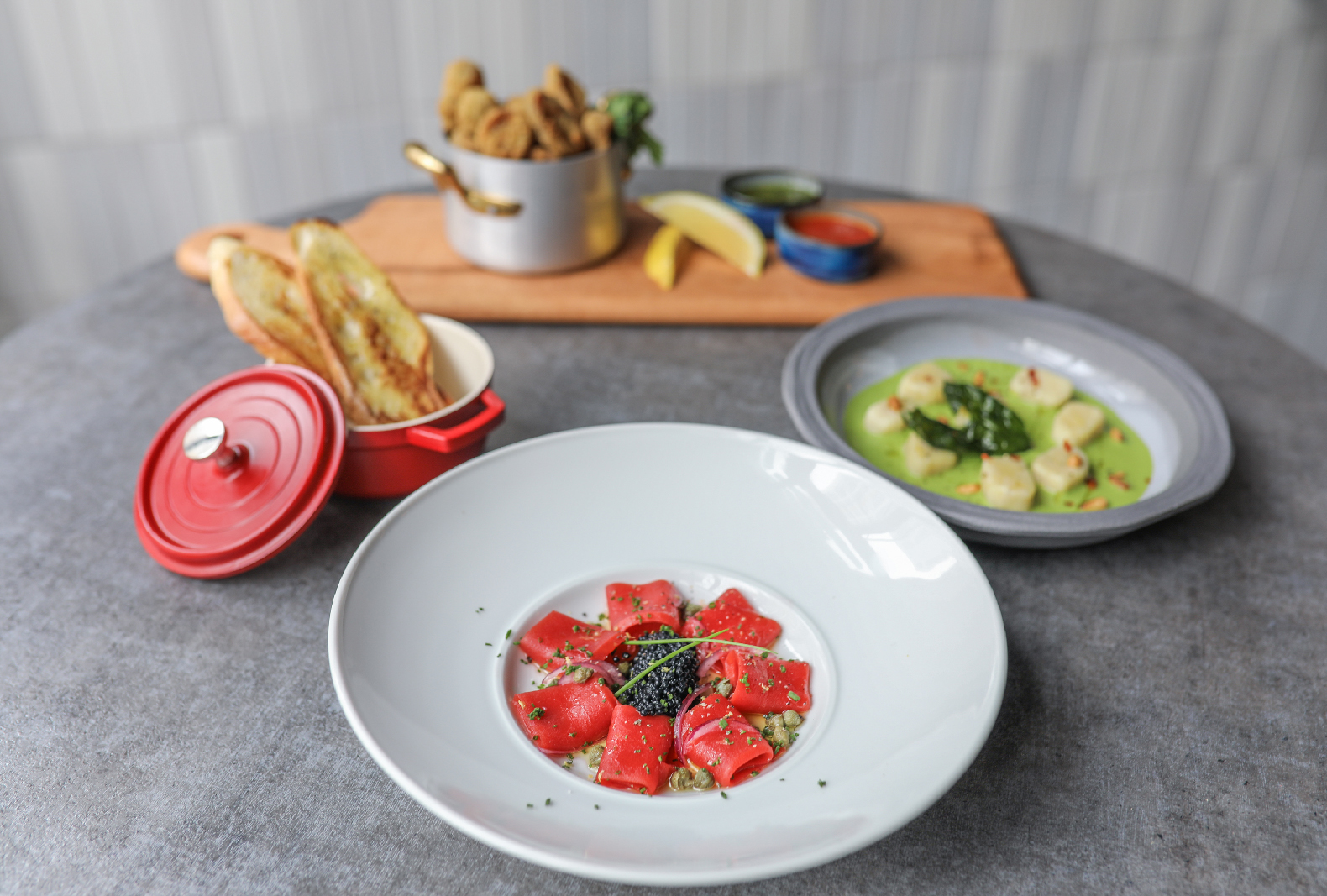 Vaknin marries high-end ingredients, like truffles, with plant-based alternatives, as in this "tuna" crudo

Vaknin has four prospective concepts — Spanish tapas, Greek, Mexican and an Israeli/Mediterranean menu — fully developed and ready to be implemented when the opportunity arises.

City Roots opened Coletta where an Italian restaurant previously had been. Vaknin plans to continue introducing his new concepts in this way: if a tapas restaurant were to close, for instance, and he could secure the lease to the location, he would open a restaurant with his tapas menu.

The pandemic has influenced Vaknin to change his approach. He believes that the market in New York has shifted away from fast casual and toward full-service dining. The four locations of Beyond Sushi have reopened as sit-down restaurants, as well, with a revamped menu.

“I believe that you've got to give people a reason to come out to your restaurant and sit down,” Vaknin said. “There was an environment in New York for fast casual. That was the thing. And it was working for everybody. But I don't believe that there is enough space today, at least for that to work like it used to. The offices are empty still. We don't know if they're going to get back full. We don't know if people are going to come back. I just have to make that decision and I have to pivot. And luckily I can do it.”