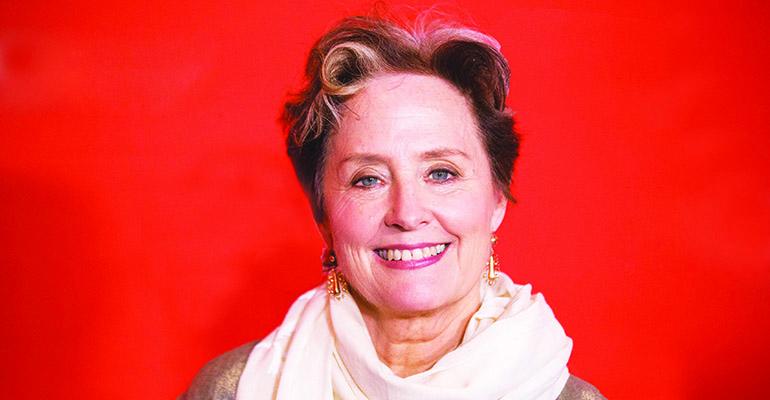 Alice Waters to open new restaurant in Los Angeles this fall, her first in nearly 40 years

The celebrated chef and restaurateur Alice Waters is planning a new restaurant for the first time in nearly 40 years. It will also be her first in Southern California.

Officials with the Hammer Museum in Los Angeles confirmed on Friday that Waters — known for her iconic restaurant Chez Panisse in Berkeley, Calif. — would be developing a new concept at the museum, scheduled to open this fall. The concept is not yet named.

As first reported by Farley Elliott at Eater, the new restaurant will be developed with chef and food writer David Tanis, who worked with Waters at Chez Panisse. The new restaurant’s head of operations will be Jesse McBride, who previously worked with Chateau Marmont in LA and is the director of food and beverage for The Standard hotel. Oliver Monday will serve as the restaurant’s primary forager.

Waters is considered a mother of the slow-food movement and Chez Panisse, founded in 1971, pioneered some of the key principals that shaped California cuisine with its France-inspired emphasis on local and organic sourcing, and letting seasonal ingredients drive the menu. Waters opened a secondary concept Café Fanny in 1984, but it has since closed.

Chez Panisse remains closed for dine-in service as a result of COVID. A request for further detail from Chez Panisse did not get an immediate response.

Nancy Lee, senior manager of public relations for the Hammer Museum, said details about the new restaurant are limited for now. But she said in a statement that the concept will “highlight wholesome foods sourced from local farms dedicated to responsible and regenerative farming practices.”

Lee added that the restaurant will be located in the museum’s courtyard. The Hammer, which includes collections that range from classics to contemporary art, highlights the work of emerging and under-recognized artists. Located in the Westwood neighborhood of LA, the museum has undergone a multi-year transformation, adding roughly 40,000-square-feet of space.