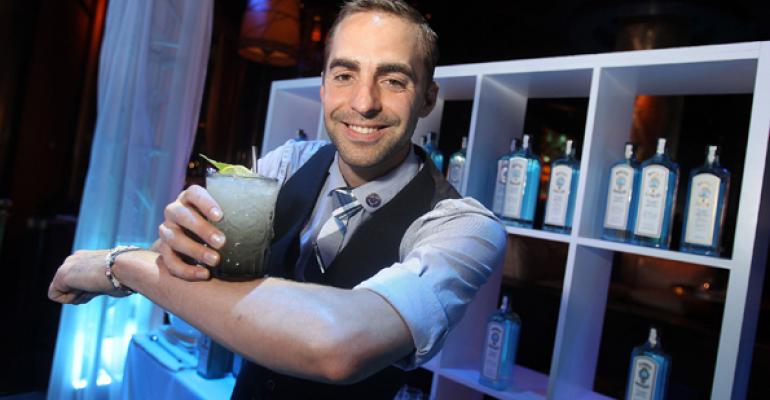 With the rise of mixology and creative cocktails being such business-builders, it’s no wonder that creative bartenders and their creations are in demand. At the United States Bartenders’ Guild (USBG) Bartender Summit in Las Vegas, Nathan Gerdes of Portland was chosen from 1,500 bartenders from 44 cities in the U.S. and Canada as the “Most Imaginative Bartender.” The panel voted unanimously in favor of his Hanoi Strip Sour cocktail. He will now be representing the United States in competition for the international title of “World’s Most Imaginative Bartender” at the 2013 Global Bartender Summit in Tuscany, Italy.

The USBG Summit was co-sponsored by GQ Magazine and Bombay Sapphire® gin. As the new top mixologist from the Las Vegas Summit, Gerdes will be featured in GQ Magazine’s December issue.  His winning cocktail was prepared for the judging panel, along with cocktails from all 50 competing bartenders. Here’s the recipe. Maybe it will spark some creative drink ideas of your own.

Hanoi Strip Sour
From: Nathan Gerdes, Portland, OR, named the 2012 “Most Imaginative Bartender” at the United States Bartenders’ Guild Summit

For Pho specialty syrup: Place ingredients in a pot and bring to a light boil. Remove from heat and let cool.  Strain and bottle.

Cocktail directions: Shake and serve in an old-fashioned glass on the rocks. Garnish with a lime wheel and Thai basil sprig.