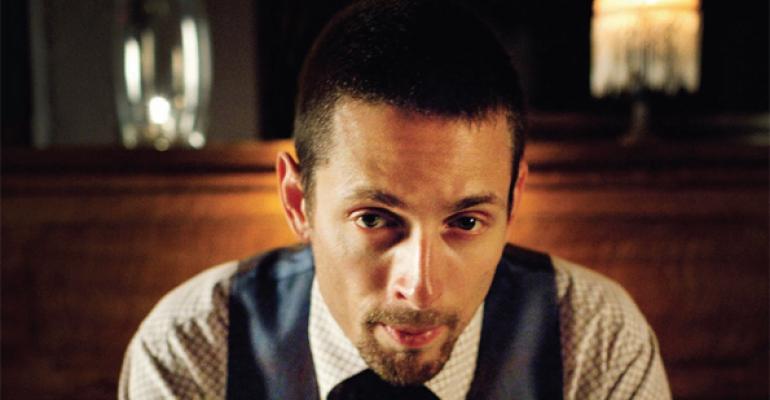 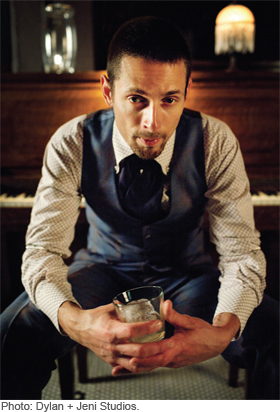 Few would have ever predicted several years ago that Los Angeles would be recognized for its cocktail culture. It simply couldn’t compete with major league cities like New Orleans, San Francisco and New York, which have strong cocktail traditions. But L.A. took a big step in that direction recently when The Varnish was declared Best America’s Cocktail Bar at Tales of the Cocktail, an annual event that attracts the elite of the cocktail world.

Much credit for L.A.’s cocktail renaissance goes to Cedd Moses, the tour de force behind nine distinctive cocktail lounges he’s created under the banner of 213 Nightlife. But props also belong to Eric Alperin, a master mixologist who helped ignite L.A.’s cocktail scene by joining forces with Moses at The Varnish. Now Alperin serves as beverage director for all nine of 213’s bars.

Just three years ago Alperin moved from N.Y.C. to L.A., bringing his much-earned street cred from time spent working for Mario Batali and Joe Bastianich at Lupa, where he created Italian-style cocktails to pair with Batali’s Roman trattoria food. Alperin also created cocktails at two classic N.Y.C. cocktail bars, Milk & Honey and Little Branch, which are owned by Sasha Petraske. That proved to be a lasting relationship; Petraske is also a partner at The Varnish.

After arriving in L.A. and before becoming a partner at The Varnish, Alperin was asked to create a cocktail program for Osteria Mozza, a celebrated eatery also owned by the far-reaching Batali, Bastianich and Nancy Silverton. Perhaps unwittingly, Alperin has emerged as a bridge between New York City and Los Angeles, and L.A.’s cocktail scene is better for it.