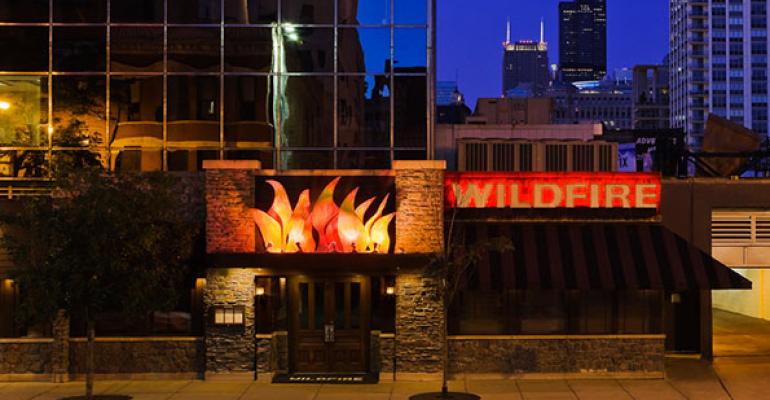 Casual dining chains continue to tap into the short-term promotional power of all-you-can-eat deals, the latest being Olive Garden’s $100 “Never Ending Pasta Pass.” But the Taste of Lettuce dinner series being put on by Chicago-based Lettuce Entertain You Enterprises demonstrates there could be a better way to attract customers in the first place and convince them to come back, perhaps more than once.

800-unit Olive Garden began selling its pasta passes online last week. Only 1,000 were available, and they were snapped up within the first hour and 15 minutes of the sale. Purchasers will be able to roll up their sleeves and start eating on Sept. 22 and can return to Olive Garden as frequently as they want until Nov. 9. These customers “can enjoy never-ending pasta, pasta toppings such as chicken and shrimp fritta, and Coca-Cola soft drinks as many times as they'd like during the seven-week promotion,” the chain says.

Other Olive Garden customers can still indulge via the chain’s all-you-can-eat “Never ending Pasta Bowl” promotion that runs on the same dates. Prices for this annual promotion are $9.99.

Other casual dining chains offering versions of an all-you-can-eat promotion include Outback ($15.99 for a steak and unlimited shrimp deal); Red Lobster (“Endless Shrimp” priced around $15.99 at most units); and TGI Friday’s still-running $10 “Endless Appetizers” offer.

You can’t beat these deals for attracting bargain hunters who might someday return for a full-price meal. But LEYE takes a quality-over-quantity approach with its annual Taste of Lettuce dinner series. Now in its fifth year, this arrangement enables customers to sample signature dishes from four of LEYE’s 51 restaurant concepts in a single meal. Chefs from each concept are present to discuss their offerings. Cocktails and wine pairings are part of the deal.

The cost? $65 per person, tax and gratuity not included. Not only are these events a relative bargain in and of themselves, they also expose customers to other LEYE concepts, their food and their chefs.

Here’s how one of this year’s dinners sets up.

Guests arrived at LEYE’s downtown Chicago Wildfire unit for the 2014 Taste of Lettuce River North. They were welcomed with passed hors d’oeuvres from Nacional 27—Ahi Tuna & Watermelon Ceviche and BBQ Lamb Tacos, paired with a blood orange Cosmopolitan. Guests then took their seats to enjoy a Thai Corn & Crab Soup from LEYE’s Big Bowl concept (paired with a glass of Joel Gott Pino Gris 2013); a Feta Crusted New York Strip Steak from Wildfire (R Collection by Raymond Cabernet Sauvignon 2011); then grab a glass of Villa Sandi Prosecco D.O.C. and chose a dessert prepared by Restaurant Beatrix. The options: either a piece of Oh My! Caramel Pie with a short bread cookie crust or a slice of Tall, Dark & Handsome chocolate cake topped with fresh vanilla whipped cream.

These cross-restaurant promotions work so well that LEYE is putting on four versions this year—two more in suburban Chicago (Lincolnshire and Oakbrook) plus a Taste of Lettuce in McLean, VA, just outside Washington, DC. Food offerings and featured concepts are completely different at each event. Dinners are held on Monday or Tuesday evenings.

Not every multiconcept restaurant organization has the reach and scope of LEYE, which operates 100 restaurants. But if you have several concepts under your corporate umbrella, promoting several of them at once like LEYE does might be worth a shot.