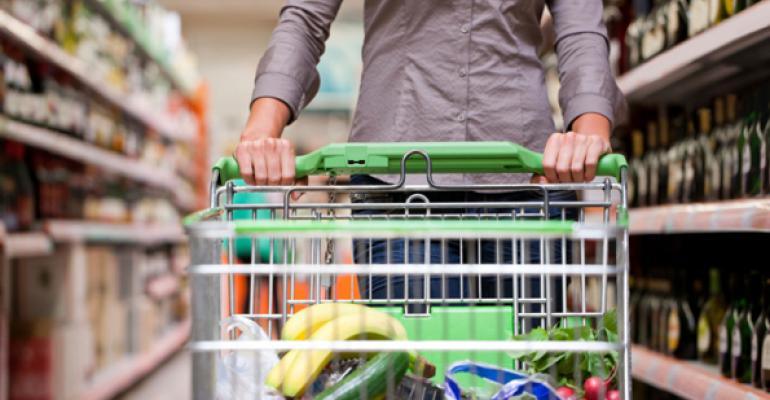 Can restaurants win the grocery game?

Restaurant-driven food products have had hit-or-miss success in the retail marketplace over the years, and new ones may fare no better. But that’s not stopping an eclectic list of operators and allied suppliers from attempting to leverage restaurant brands into grocery aisle dominance.

One new entrant is famed Basque restaurant Mugaritz, located in Donostia-San Sebastian, Spain. It ranks fourth on British magazine The Restaurant’s 2013 list of the Top 50 restaurants in the world. A meal at Mugaritz is a lifelong goal for many a gastronome, and the Michelin-starred restaurant and its chef, Andoni Luis Aduriz, are highly influential in world cuisine.

You’d think a restaurant of its stature wouldn’t want to bother with mass-market products. Yet shoppers at more than 100 stores in Europe can now buy the Mugaritz line of New Food Sprays, aerosol containers that dispense batters formulated to produce churros, pancakes and tempura. The cost for a can of Mugaritz-branded spray: less than two Euros, about $2.50 U.S.

We say theoretically because it turns out no actual Iron Chefs were involved in the creation of the product. Instead, kits are produced by Premier Meat Packers, which holds the North American rights for all food categories bearing the Iron Chef America brand.

Here’s the pitch: "ICA is the main source of inspiration. The chefs are impressive. Foodies like myself are hooked," says Anthony Elman, the company’s sr. v.p. "People love a bold and delicious dish. We felt the need to supply them with varied meal kit essentials, inspired by Iron Chefs. À La Cuisine caters to people's cravings. It's food they can conveniently and quickly cook up. This is a product people can identify with."

"In a Eureka moment, I thought 'Why not toss some vibrant Rub with Love spices into a bowl of crunchy popcorn?'" says Douglas, a James Beard Award winner. "I partnered with POP! Gourmet to come up with this tasty snack, so now customers can enjoy a bag of Rub with Love® spicy deliciousness any time of day or night."

Sounds like a great idea that’s right on trend. But if you really want to reach the masses, you have to get your product onto the shelves of the stores where the masses shop.

Says Fatburger c.e.o. Andy Wiederhorn, "Launching at Walmart marks the first time our classic burgers will be available to families across America, bringing Fatburger to a whole new generation of customers as well as offering customers who grew up with the brand a new way to enjoy their favorite burger."

Might this venture, which features Fatburger’s core product, cannibalize business from its restaurants? We’ll find out soon. Fatburger now has more than 150 units and is breaking into the New York City market this summer.

One new product that might find ready success in foodservice, not just retail, comes from Omni Hotels. It’s Umami Sauce, developed by a team of chefs assembled from Omni Hotels around the country.

Umami is the tough-to-define “fifth taste” after sweet, sour, bitter and salty. Chefs work diligently to create this taste on their own, but the Omni approach was to capture the savory essence of umami in condiment form for restaurant use. We’re not food product or taste-test experts, but a quick sampling of Umami Sauce indicates that if the Omni chefs were supposed to create a full-flavored umami experience in a bottle, they came very, very close.

Right now, Omni guests can buy it for $9.95 per 10-oz. bottle. We don’t know what Omni will do with this product next. But as flavor-building shortcuts go, this is one that might find wider application.