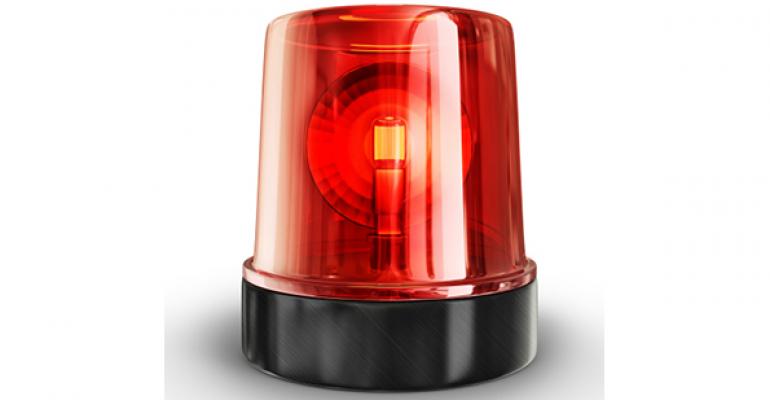 6 ways to prepare for a crisis

Most restaurant operators know that each day brings with it the possibility that a crisis will occur. It’s not a question of if, but when.

News this week that the home of longtime Subway brand ambassador Jared Fogle was the target of a police investigation is a perfect example of the type of crisis that can occur, says Laurel Kennedy, principal of the crisis management firm Blink, which specializes in food channels.

Fogle has not been charged and the investigation is believed to be tied to the arrest of an associate who worked for the nonprofit Jared Foundation, Russell Taylor, who faces charges of producing and possessing child pornography. Still, Subway has suspended its relationship with Fogle after he served 15 years as spokesperson.

How damaging the incident will be for the brand will depend on how Subway manages the crisis going forward, and speed is an issue, Kennedy says.

The key, she adds, is being prepared.

While most crises can’t be anticipated, restaurant operators can put a plan in place that will give them tools for responding to just about any potentially damaging event, whether it’s salmonella in the ice cream or a disgruntled employee seeking revenge.

Here is Kennedy’s six-point plan to help restaurant operators prepare for the worst:

The first step is to pay attention to how your brand is faring across all media sites, including print, broadcast and social platforms. Your own employees can help. Encourage them to bring brand mentions to your attention.

Companies can also use various software tools that allow them to track dialog about their brand across multiple media platforms, or even watch in general for things like foodborne illness activity that could have an indirect connection to their brand.

“This is a media-driven world and someone is controlling the message. If it’s not you, it’s someone else,” Kennedy observes.

How to grab control? Use social media to push your message out. It allows restaurants to address concerns both individually and on a more global basis. Communicate clearly and accurately. Build your story point-by-point and bring in outside experts, if necessary.

There will be a point when you can shift the dialog from dealing with the crisis to a more proactive recovery stage, said Kennedy.

If the crisis is a foodborne illness, for example, a pivot could include changing the conversation to your food safety program and how your restaurant takes steps to keep customers safe. A community outreach program with a local hospital on health and nutrition issues, for example, could change the conversation from illness to wellness.

A growing number of restaurant chains are building their loyalty programs and that can pay off in spades in times of crisis, said Kennedy.

“You have a clientele of evangelists predisposed to your brand and willing to listen to your message and share it,” says Kennedy. “They’re willing to take the chance and be the first ones to come back after an incident.”

Old school thinking was that companies should never allow employees to say anything publicly about their brand. “We, on the other hand, advise harnessing and leveraging the power of those employees,” Kennedy says.

“They’re super credible sources and people will believe them,” she adds. “You can put the tools in their hands.” One way of doing that: In staff meetings or before shifts, give them one or two key messages that they can share, whether as servers at the table or on social media.

Whenever there’s a crisis, it’s always best to let employees know before the news hits, if possible. “That way they’re ahead of the game, rather than finding out after the fact,” Kennedy says.

6. Be a good neighbor all year round, not just when something happens.

Being totally enmeshed in the community and viewed as a good neighbor helps build goodwill, said says. “People will be willing to give your brand the benefit of the doubt because they perceive you as being an invested member of the community.”

Donate to charity auctions. Offer your parking lot as a staging area for community 5-K races. Sponsor a Little League or soccer team.

“Do it on an ongoing basis so it’s authentic and real,” Kennedy advises. “If it looks like you’re being opportunistic, people won’t trust you.”