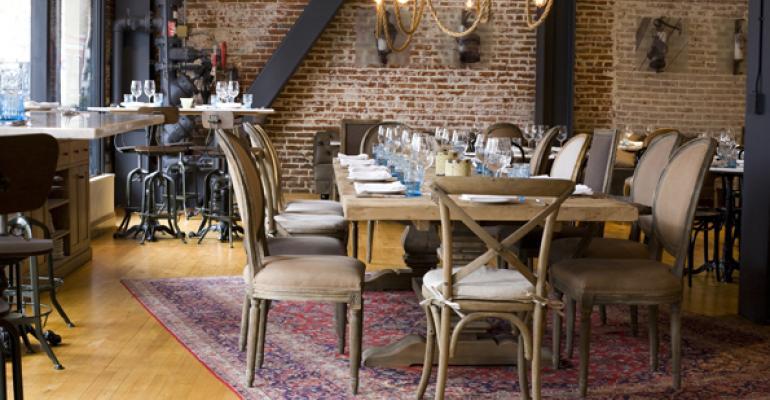 Merger with SBE pending for growing restaurant and nightclub operator

Global restaurant and nightclub operator Hakkasan Group has promoted Nick McCabe to CEO, replacing Neil Moffitt, who resigned on Monday after five years at the helm, the company said.

McCabe has served as president and chief operating officer for the group since 2013, following its acquisition of Angel Management Group.

He plans to continue Hakkasan’s growth trajectory and will lead the group through its proposed merger with Los Angeles-based hospitality company SBE. When completed, the deal will create one of the largest nightlife, hotel and restaurant groups in the world.

Moffitt, meanwhile, has decided to liquidate his interests in Hakkasan prior to the deal’s closure, the company said, saying it felt like the right moment to “step off the train and refocus on my own future and family.”

Over the past few years, Hakkasan, which operates about 60 venues around the world, has also acquired Enlightened Hospitality Group, H.Wood Group and The Light Group.

Before joining Hakkasan, McCabe was an entrepreneur in Miami, where he launched the nightlife and lifestyle website CoolJunkie.com. He also served as partner and chief creative officer of Track Entertainment and created a series of music festivals for Bacardi, which lead to him joining Angel Management Group.

Khalifa Bin Butti, Hakkasan Group’s chairman, said in a statement that McCabe was the natural choice.

“As CEO, he brings an in-depth knowledge of the hospitality industry, extensive experience of being at the cutting edge of new technological developments and an international vision. In his previous role with the company, Nick was an invaluable asset and played an integral role in transforming Hakkasan Group into the next exciting chapter of its prestigious history,” Bin Butti said.