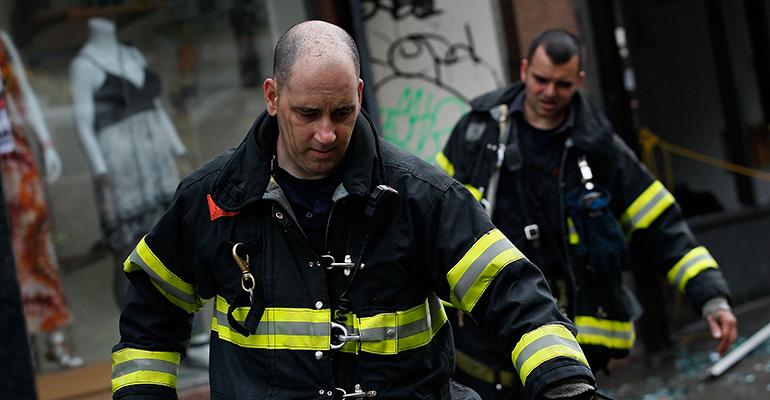 <p>Your employees probably know how to deal with a fire. But what about other threats?</p>
Operations>Management

From kindergarten on we learn the importance of preparing for emergencies and remaining calm through fire drills. Some parts of the country conduct periodic earthquake and tornado drills as well. Still, many businesses do not adequately prepare their employees to handle workplace violence and other threats to their safety.

Jay Hart, founder of the Force Training Institute, helps employers design awareness programs that help educate employees in how to respond during a critical or dangerous incident. The key, he says, is to avoid alarming and frightening employees by giving them the right tools.

Before a company starts looking at training, Hart says, they need to ensure all leaders—owners and managers—are committed.  “A lot of companies plan to have a plan,” he says. “But that’s not a plan.”

Once leaders are on board, a second rule about preparation is to keep it simple. “We use a principle-based approach. We want a plan in place for emergency responses, rather than 25 things to do in 25 scenarios,” Hart explains. “Instead, we give them three to five basic principles that will work in most cases.”

When working with companies, FTI looks at the challenges specific to their location and nature of the business. Some establishments don’t deal with tornadoes, floods or earthquakes.

Knowing the risks helps guide the principles. For all businesses, Hart says a good place to start is with a “see something, say something” approach. Make sure the staff understands triggers for a potentially explosive situation, and knows what to do with that information (talk to a manager).

A corollary to that is “hear something, say something.” So if an employee is being stalked, or domestic violence threatens to follow someone into the workplace, it’s time to mention that to the manager.

When creating an emergency response plan, it might be tempting to borrow an existing plan from a working group or association, but it’s wise to avoid a one-size-fits-all approach.

Once you draw up an emergency response plan, Hart says, “it has to be defensible,” meaning appropriate for your restaurant and in writing. Why? “When something happens, even if everything has been done the right way we know lawsuits will follow.”

Hart cited the Deepwater Horizon oil spill in the Gulf of Mexico as a case in point. When OSHA reviewed BP’s disaster plan, “they found 20 pages of stuff they were going to do to protect the walruses.” Since there are no walruses in the gulf, it became clear that the company hadn’t bothered to rework a plan used at their Alaska operations.

Local fire and police departments, along with insurers, are good sources of help in identifying risks and developing responses.

Once likely threats have been established, it’s time to train. Hart says many employers don’t get that far because they mistakenly believe training will take too much time and money. He recommends just-in-time training, which does neither.

What’s just-in-time training? Bits and bites of information doled out on a regular schedule. U.S. Airways captain Chesley “Sully” Sullenberger, who safely landed a troubled jetliner in the Hudson River, spent a few minutes each day he was at work reviewing the safety manual. “He put the information in a bank, knowing he might need it some day,” Hart says.

A restaurant manager could devote three to five minutes during the preshift meeting to covering how to deal with dishonest customers. Or upload a brief safety video that staffers could watch at their leisure on a mobile device. Even casual one-on-one encounters between the managers and the line staff can be used to reinforce a training point.

And think twice about scaring your employees into handling situations the right way. Managers who shock people, assuming it will help them absorb training ideas, might instead turn new hires off enough to quit. “They say ‘I don’t know if I want to come back here, this place is dangerous,’” Hart points out.

In the end, Hart observes, training doesn’t automatically mean learning, so it’s important that the basic principles are seamlessly integrated into the restaurant’s culture.