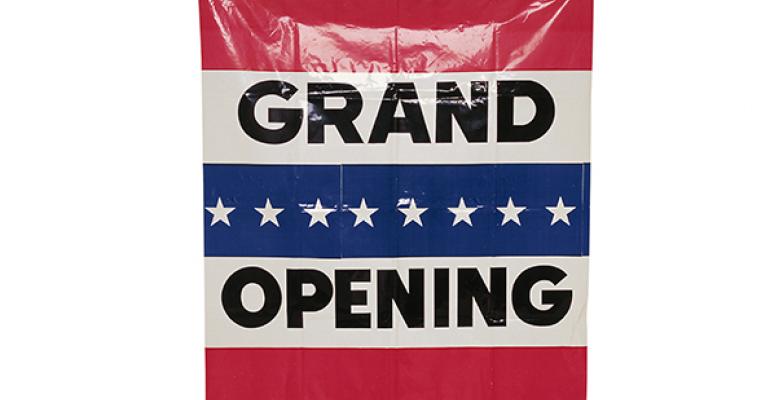 How to ensure a smooth restaurant opening

As someone who has been at the sharp end of the hospitality industry for 35 rewarding—and occasionally painfully insane—years, I have done my share of restaurant openings. I’ve launched three of my own in New York City, and now as a consultant for the last five years, have overseen seven more. One project even involved three different venues in a four-month span.

Many of the openings I have been involved in were done under varying conditions and circumstances, some corporate and others independent. Some took place under financial distress and required major bootstrapping. Others occurred after I received an uncomfortable emergency phone call. Typically that happened after owners and operators had that moment of panic when they realized, almost too late, that things weren’t going according to plan. (Too many hands-off owners have unrealistic expectations). In all these instances I have found a pattern of issues at the core of what goes wrong before, during and after an opening.

The most common problem seems simple: management selection. But it really is a bit more complex. More on this later.

Those of you who have done openings know that they can be stressful and physically demanding. But when things come together, openings can be a thoroughly rewarding experience.

The most seemingly basic advice I give clients is also the most important: No matter how well you plan, expect the unexpected, especially in a major city like New York, San Francisco, L.A., Miami or Chicago. With aggressive media and stiff competition, things get very challenging. You are expected to be operating to perfection in a very short time. Tensions run high and hours are long until the restaurant hits its stride. You need a great plan, and then a great backup plan to cover all the contingencies.

You also need the right manager.

A manager—and for that matter a general manager—must have a specific skill set to be able to successfully handle an opening. That skill set is very different than that of a manager overseeing an established operation from day to day. I also see managers selected based on great restaurants that they had previously worked in. A candidate may have spent time and even been successful in an iconic venue, but they most likely joined an already well-oiled machine. That restaurant didn’t get great when they arrived. They slotted into great systems with a highly motivated and trained staff. Find out what they did to improve that already great restaurant. It’s much harder to create and implement than it is to maintain the status quo, especially during an opening. In addition to the normal talents required by any competent manager, someone executing an opening needs to have:

Because they have to be able to envision how the operation will run before it ever serves its first guest. If you’re lucky, you might have a CAD printout of a dining room schematic. If not, you may have rough sketches or a floor plan. But most importantly, you’ll need to use your imagination to get a feel for how the operation will function—and then build systems around it.

People use the creative part of their brains to imagine how things might work. But once they do that first dry run, they have to be able to critcally say, “What worked and what didn’t?” They have to be honest enough to say, “I need to adapt my systems to address the reality of what really happened; of how things really work here.” They also need to be able to make those adjustments quickly.

A manager will need thorough planning and strong preopening communication with the team. Assign specific tasks and areas of responsibility for maximum accountability. Mentor and share information. This is no time to be a hero. I always stress putting together a management organizational chart even before the first hire. It should be simple and clear, avoiding overlapping responsibilities and establishing direct communication. If I am involved at this level, I also develop more detailed job descriptions that are part of an employment letter for each management position. And that includes not only FOH managers but also the chef, pastry chef and sous chefs. Accountability is key to moving the ball down the field.

4. Adaptability during the opening

Situations need to be assessed with total impartiality. The manager should look for the obvious and the not-so-obvious, develop solutions, create procedures and implement them through concise communication with the entire team. I am a big believer in bulletin boards, POS pop-up messages and structured preshift lineups. A key compotence of a good opening manager is the ability to think out of the box.

5. The capacity to remain calm

Avoid meltdowns. Stick to your plan but don’t be afraid to adapt and change as needed. Just let everyone else know what your doing. Give praise and positive reinforcement. Keep motivation strong but not at the expense of setting goals that are high yet achievable.

6. The patience not to rush the opening

One of the most difficult goals to achieve is to implement in the heat of the battle. Too many times openings are done just after the contractor turns the restaurant over to the operator, perhaps even with a somewhat daunting punch list. There is nothing worse than training during construction, with little time for dry runs and friends-and-family soft openings. Spending a few more days in a “shakedown cruise” prior to a hard opening can save big dollars, both in putting out fires and making it up to to unhappy guests.

Next: How to develop training materials for an opening.