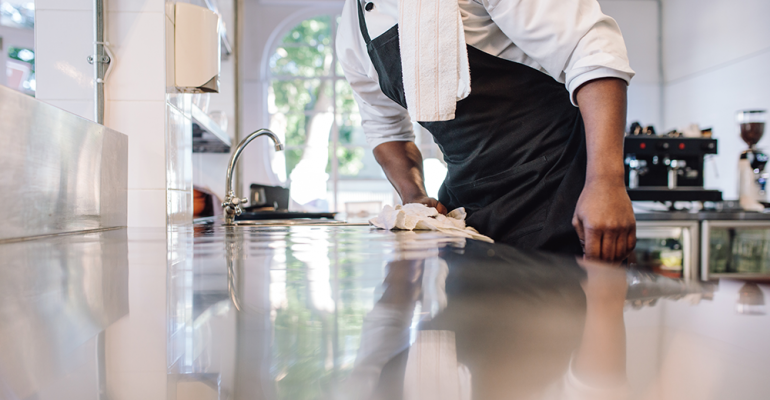 The United States Court of Appeals for the Ninth Circuit on Tuesday revived a lawsuit filed by a group of servers and bartenders that could have sweeping consequences for the industry, addressing whether a subminimum wage can be used for non-tipped work.

The case, Alec Marsh v. J. Alexander’s LLC, is named for a server who sued the casual-dining chain alleging he was unfairly paid a tip-credit wage for tasks unrelated to serving, like maintaining the soft drink dispenser and cleaning toilets.

Marsh was joined in the lawsuit by 13 other servers and bartenders who alleged similar complaints at franchised units of Denny’s, IHOP, P.F. Chang’s China Bistro, Arriba Mexican Grill and an AMC Theatre. The restaurant companies did not immediately respond to press requests for comment.

J. Alexander’s had won a dismissal of the case at the district court level. But the Ninth Circuit on Tuesday reversed that decision, validating the plaintiffs’ complaints and agreeing with a similar argument in the Eighth Circuit.

that prohibits restaurant employers from using the subminimum wage if workers spend more than 20 percent of their time on non-tipped work, commonly known as the 80/20 rule.

Marsh argued that he spent well more than 20 percent of his time on non-tipped work, but the Phoenix-area J. Alexander’s where he worked paid him the tip-credit wage.

By allowing the case to proceed, the Ninth Circuit signaled to employers that they will likely have to pay close attention to the amount of time their workers spend on tipped versus non-tipped tasks, attorneys said.

“The Ninth Circuit is saying you do need to look at how much time is being spent doing these tasks that may be unrelated to a person’s main job that’s typically non-tipped work,” said Lara Shortz, a partner with Michelman & Robinson LLP in Los Angeles.

In their opinion, the consenting judges deferred to the Labor Department’s 80/20 guidance, saying the employers may have violated the Fair Labor Standards Act by paying workers less than minimum wage for non-tipped work.

“Using the tip credit in such a manner effectively makes tips — intended as gifts to servers for their service — payments to employers instead, who use these tips to minimize their obligations to pay employees the full minimum wage for time spent working in a non-tipped occupation,” the opinion said.

“Furthermore, by using servers as dishwashers, bussers, janitors and cooks, employers can allegedly eliminate or significantly reduce their need to hire full-time janitors and cooks, who — as non-tipped workers — are entitled to the full minimum hourly wage and therefore cost more to employ,” the judges continued.

In a separate lawsuit earlier this year in the Fifth Circuit, however, the Texas Restaurant Association and the Restaurant Law Center filed a lawsuit challenging the Labor Department’s guidance on using a tip credit for side work, arguing it was never properly promulgated as a rule.

The Labor Department response to the lawsuit is expected Nov. 12.

Angelo Amador, executive director of the Restaurant Law Center, which serves as the legal arm of the National Restaurant Association, said employers still need fundamental clarity about how the 80/20 rule should be applied.

“It’s when do you start counting that 20 percent that we have a difference of opinion,” he said.

If a waiter is asked to paint the building, that’s clearly a job for which the tip credit should not be applied, he said.

“But if you’re wiping tables during work hours and there’s no one sitting at the table at the time, our argument is that it’s still part of the job that generates tips,” said Amador.

Labor and employment attorney Randi May with the law firm Hoguet Newman Regal & Kenney in New York City agreed that employers need more guidance, describing the 80/20 rule as yet another “gotcha statute” that leaves employers vulnerable to lawsuits.

“Managing non-tipped time versus tipped time will be incredibly difficult,” she said. “It’s going to be almost impossible for restaurant operators to avoid litigation in trying to comply with this rule.

“It’s not that the rule is bad. In principle it makes sense,” she added. “You shouldn’t get a tip credit for non-tipped work. In theory, it’s a good rule, but in practice it needs more clarity.”