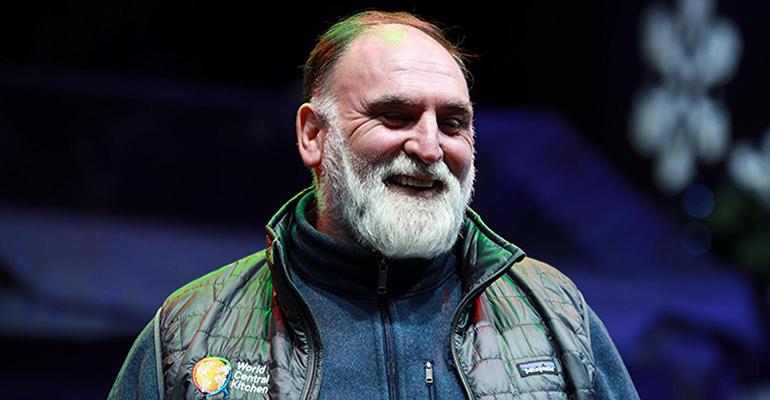 José Andrés has joined the growing list of high-profile restaurant owners and chefs that have sued their insurance companies for wrongfully denied business interruption insurance during the COVID-19 pandemic. ThinkFoodGroup, along with three Michelin-starred Washington, D.C. restaurant Central Michel Richard have both filed lawsuits against Travelers Insurance in the Maryland and District of Columbia federal courts, respectively, for losses suffered during the pandemic.

When ThinkFoodGroup had to close its restaurants partially or completely in response to government shutdown orders in March, the restaurant group tried to file a claim for business interruption insurance coverage for all 17 of its restaurants. But like so many other chefs and restaurant owners, they were “swiftly denied coverage” because there was “no direct physical loss or damage at the properties listed.” The lawsuit claims that ThinkFoodGroup was never informed that for coverage to apply there would need to be direct evidence of physical loss or damage.

“For over 22 years, our company has consistently paid considerable annual premiums for business interruption insurance from Travelers and now is the time for them to fulfill their obligation,” José Andrés, chef and founder of ThinkFoodGroup said in a statement. “Given that we were forced to close and the pandemic's effects on our industry, our businesses, our team, and the local farmers and producers who rely on our restaurants, Travelers has a financial responsibility to all of us as we rebuild.”

In a similar complaint filed against Travelers Insurance in the District of Columbia federal court, Central Michel Richard – owned and managed by a team of the late chef Michel Richard’s former colleagues, including former executive chef, David Deshaies — had to close temporarily and lay off most of their employees. due to the COVID-19 restrictions. In the lawsuit, they claim that they did experience property loss because the restaurant “has been made unavailable, inoperable, useless, and uninhabitable, and its functionality has been severely reduced if not eliminated” due to the government-mandated lockdowns, and also claimed that Travelers Insurance never stipulated or defined “loss” or “physical damage” as a prerequisite for filing a claim.

“This is an enormously difficult situation for individuals and businesses, and we are committed to paying covered claims, but we simply cannot pay for losses that a policy expressly excludes,” Travelers Insurance said in a statement, echoing the statements the insurance industry has made in the past about COVID-19 business interruption insurance. “In our standard commercial property policies that include business interruption coverage, we have very specific exclusions stating that losses resulting from a virus or bacteria are not covered. If we are going to honor our promises to policyholders for the risks they have paid premiums for and insured against, then we have to protect the integrity of our contracts."

Other restaurant owners and chefs that have recently sued their insurance providers include Fabio Trabocchi, owner of Michelin-starred restaurant Fiola, and chef Thomas Keller, who sued his insurance company for declaratory judgments on behalf of business interruption insurance claims.