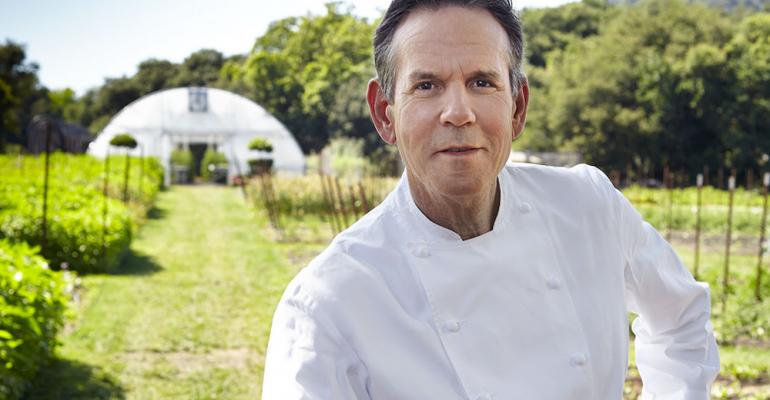 Chef Thomas Keller has joined the ranks of a small but growing number of restaurateurs who are suing their insurance companies over claims related to the Covid-19 pandemic, his restaurant group said Thursday.

Related: Here’s what your restaurant business insurance may (or may not) cover during the coronavirus pandemic

Keller, based in the Napa town of Yountville, is chef and owner of The French Laundry, Per Se, Bouchon, Bouchon Bakery and Ad Hoc + Addendum.

Houghtaling is the majority partner in New Orleans based law firm Gauthier Murphy & Houghtaling LLC. He was selected by Louisiana’s attorney general to determine policyholder rights in the aftermath of Hurricane Katrina. He also represented many victims of superstorm Sandy.

Related: Governors of New York, Illinois, California and Ohio call for shut down of restaurants and bars to prevent spread of coronavirus

In a release issued by the Thomas Keller Restaurant Group, Houghtaling indicated that Keller’s business interruption claim was denied because Hartford said there were no dangerous conditions at the chef’s restaurants.

“To avoid payments for a civil authority shut down the insurance industry is pushing out deceptive propaganda that the virus does not cause a dangerous condition to property,” Houghtaling  said. “This is a lie, it's untrue factually and legally. The insurance industry is pushing this out to governments and to their agents to deceive policyholders about the coverage they owe."

Keller highlighted the importance of restaurants to the American economy.

“The restaurant industry is the largest private sector employer in America — it’s a chosen profession employing more than 15.6 million Americans and contributes $1 trillion to the economy,” he said. “This entire sector is crippled by a nationwide public health shutdown impacting countless livelihoods. We need insurance companies to do the right thing and save millions of jobs.”

Most jurisdictions across the country, including the states of California, Nevada and New York, where most of Keller’s restaurants are, have ordered restaurants to close their dining rooms. Although some restaurants have shifted their operations to takeout and delivery, many have found that shift to be financially unworkable. Others have closed their restaurants completely for fear of endangering their employees in the face of the pandemic.

“We can assume insurers will act, as they always do, by using their deny-and-delay bullying tactics with small businesses teetering on the edge of survival,” he said in an email. “Most just give up and go away. Insurance companies count on that and try a lowball settlement on the rest.”