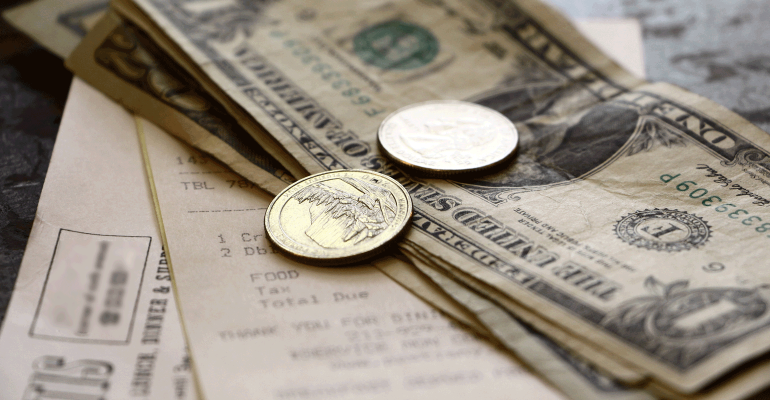 Democratic lawmakers and worker advocacy groups on Thursday called on the Department of Labor to withdraw a proposed amendment on tip pooling in light of reports that a damaging internal analysis was withheld from the public during the comment period.

The DOL in December published a proposed amendment to the Fair Labor Standards Act that would allow some back-of-the-house workers to share in tip pools. The proposed amendment only applies to employers who do not take a tip credit and who pay a full minimum wage. The public comment period on the proposal is scheduled to end on Feb. 5.

But, according to a report from Bloomberg Law citing unnamed sources, the Labor Department shelved an economic analysis indicating that workers could lose out on billions in tips as a result of the rules change.

The report indicates the data was withheld in part because labor officials disagreed with assumptions in the analysis that employers would retain tips, rather than redistribute the money to a broader pool of workers.

According to Reuters, Sen. Patty Murray of Washington, and Representatives Robert Scott of Virginia and Mark Takano of California have called on the Trump administration to withdraw the proposed amendment, saying the DOL may have violated federal law by withholding information.

A DOL spokesman on Thursday said the department, through the proposal, requested public input about how to best quantify the costs and benefits of the amendment. He said the DOL intends to publish an informed cost-benefit analysis as part of any final rule, but the DOL could not comment on deliberative processes.

“As part of every rulemaking process, the department works to provide the public accurate analysis based on informed assumptions to productively engage in the notice and comment period,” he said.

Still, the question remains: Would the new rule as proposed give leeway to employers to pocket tips?

That notion has become a key talking point by worker advocacy groups who oppose the change. Some call the new rule “legalized tip theft.”

“The administration’s unethical lack of disclosure of this information — which the public deserves to know — constitutes nothing more than outright deception of the American people.”

Attorneys, however, argue the DOL’s proposed amendment only specifically addresses how tip pools can be shared by workers.

Ted Boehm, an employment attorney and partner in Fisher Phillips LLP in Atlanta, said the proposed amendment is silent on the issue of employer control over tips.

But he said some could argue that “if the statute permits an employer to require that tips be shared with non-tipped employees, when no tip credit is taken, there is no basis in the statute for distinguishing that type of control from any other type of employer control over the tips.”

Los Angeles attorney Aaron Colby, a partner in Davis Wright Tremaine LLP’s employment services group, said the amended version of the regulation removes language stating that “tips are the property of the employee,” which could open the door on the federal level for employers to exercise more control over tips and who gets them.

As a result, even if DOL’s proposed change to the regulation is made final, employers should exercise caution in determining who the tips were intended for and whether management is permitted to share in them, he said.

The left-wing Economic Policy Institute, meanwhile, in December estimated that employers could potentially pocket $5.8 billion in money left as tips across all industries each year, calling the proposed amendment the “tip-stealing rule.”

In a press conference with both EPI and ROC United, Christine Owens, executive director of the National Employment Law Project, said Thursday the group has requested the DOL withdraw the proposed amendment and republish it, and to make the analysis public to allow for more informed public comment.

The DOL spokesman said, “The idea that this proposal is about employers keeping tips defies common sense.”

Taking tips would undermine the incentive system that rewards employees for good service and maximizing guests served, he said.

“This proposal would give workplaces the freedom to share tips among more employees if they choose to do so.”