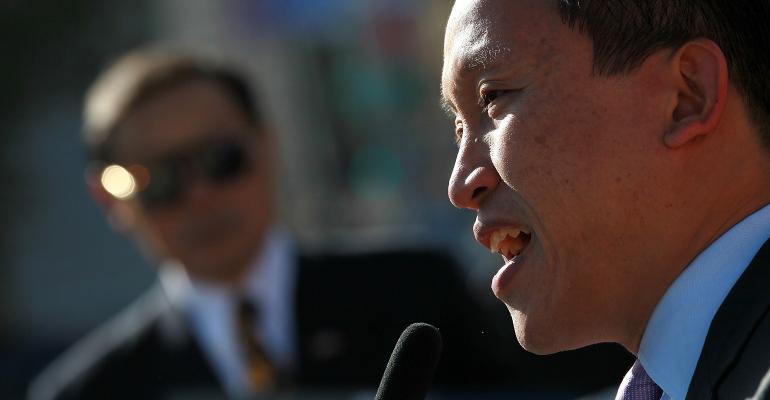 The bill attempts to protect workers in the case of worksite enforcement actions, and “offers clarity” to employers who face uncertainty about their responsibilities when Immigration and Customs Enforcement, or ICE, agents appear at their workplace, Chiu said.

“Trump’s threats of massive deportations are spreading fear among California workers, families and employers,” said Chiu, the son of an immigrant and a former civil rights attorney, in a statement. “AB 450 declares California’s determination to protect our economy and the people who are working hard to contribute to our communities and raise their families in dignity.”

Earlier this year, the White House pledged to broaden its focus on deporting undocumented immigrants, and called for an additional 10,000 ICE agents to expedite deportations. In California, an estimated one in 10 workers is believed to be undocumented, according to Chiu, including many in the restaurant industry.

AB 450, which is scheduled to come before the assembly committees in April, would require employers to ask for a judicial warrant before granting ICE agents access to a worksite.

Other key components include:

Benjamin Ebbink, an attorney with the law firm Fisher Phillips in Sacramento, Calif., said the involvement of the labor commissioner may be in part to prevent employers from using a worker’s immigrant status as a form of retaliation in a labor dispute.

California is known for adopting trendsetting legislation, particularly regarding immigrant workers, he noted. It has a good chance of passage, but it’s unclear whether the governor would sign it.

The bill could draw employers into a conflict between protective state law and aggressive federal immigration enforcement, Ebbink said.