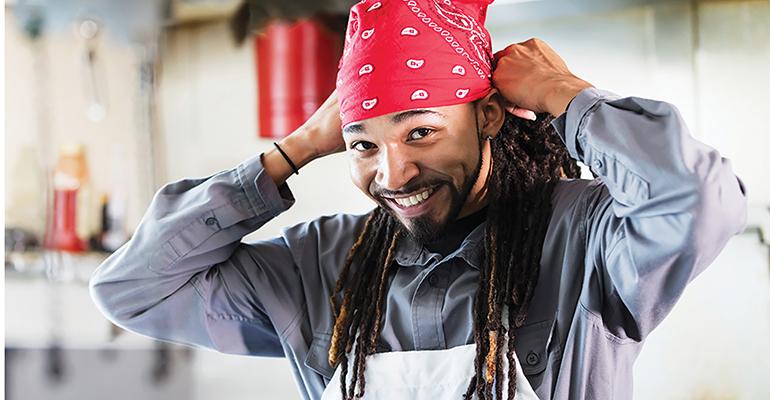 How legal developments on hair discrimination, marijuana use and predictive scheduling affect employers

Legal developments on a wide range of issues, including natural-hair discrimination, worker use of recreational marijuana and predictive scheduling, are creating new minefields for restaurant employers, an employment law expert outlined recently.

Alicia Sienne Voltmer, a lawyer with the Greenberg Traurig LLP firm, detailed a number of issues during a recent presentation at the Self Opportunity-sponsored Meeting of the Minds gathering of restaurant human relations and recruiting professionals in Dallas.

“The word I would use to describe what is going on in the legal world is ‘tension,’ lots of dynamic tension,” Voltmer said. “There are a lot of things going on to give employees more rights.”

Other issues with potential legal changes coming down the pike include franchise poaching clauses and paid sick leave.

Hairstyles in the workplace are getting renewed attention, and restaurant grooming policies are going to come under increased scrutiny as new natural-hair discrimination laws go into effect, an employment lawyer warns.

“Hair can be a proxy for discrimination, especially if it’s natural hair like dreadlocks, Afros, cornrows,” said Voltmer.

New York State’s new law, which is scheduled to go into effect Oct. 8, also outlined rules on natural hair, beards and religious garb. A new California natural hair discrimination law becomes effective Jan. 1, 2020. New Jersey has a hair law pending, and a bill was introduced in the Wisconsin legislature in August. New York City has a hair discrimination law on the books already.

“You cannot discriminate against anybody because of their natural hairstyle or texture,” Voltmer advised, adding that some of the new laws address protections for facial hair and religious garb. 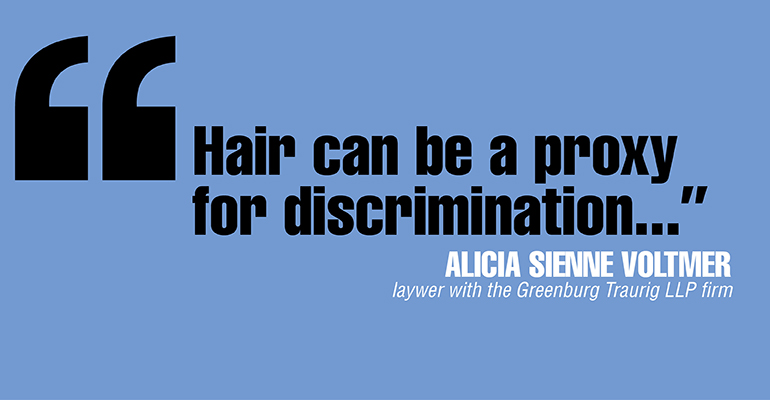 For example, an employer could not require someone to wear a company logo or pin on apparel worn for religious reasons, Voltmer said.

“If they say they are wearing a dashiki or a burka or something religious, you cannot make them wear that logo,” she said. “That’s pretty expansive.”

When tension develops between health department food safety rules and discrimination laws, the health rules general will trump any others, Voltmer noted.

“If a health code requires a hairnet or beard net, you can enforce that,” she said.

Paid sick leave has been another big issue, Voltmer said, as a number of states and cities passed new laws on the matter. Restaurant operators should be prepared for new laws in more jurisdictions too, she added.

“If you remember back to your civics class, you know that governments have the right to protect the health and welfare of their citizens,” Voltmer said, and that is the premise under which the paid sick leave laws are being enacted. 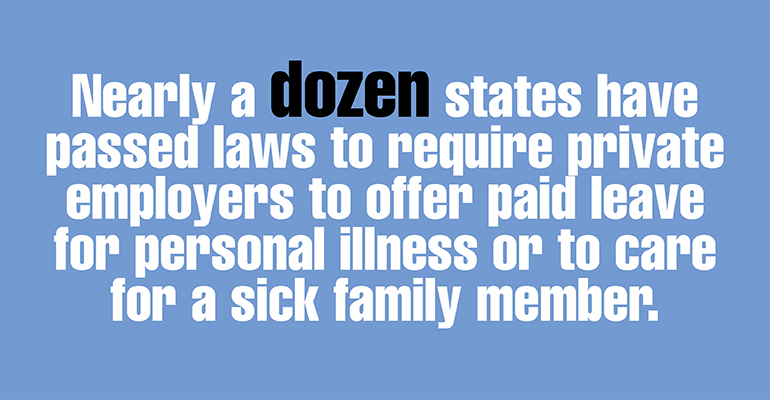 “Maine and Nevada have laws that are broader and allow leave for any reason,” Voltmer noted.

Paycor, the payroll software company, is among many such companies that maintain a list of what states, municipalities and even airport jurisdictions (in the case of SeaTac Airport in Seattle, Wash.) that are requiring in paid sick leave.

Predictive scheduling, or the practice of employers providing workers with their schedule in advance — usually a week, 10 days or even two weeks — is another issue gaining attention at the state level.

Laws requiring predictive scheduling are largely a response to the challenges associated with on-call scheduling that can leave workers with irregular schedules that can make it difficult to make plans for, say, childcare or a second job.

The rules also add provisions to govern “clopening,” or having workers — especially in foodservice — close one shift late at night and open the next morning. Many predictive scheduling rules require a 12-hour separation between shifts or the employer would be required to pay a penalty.

“Predictive scheduling is controversial,” Voltmer noted, because many workers are attracted to the restaurant industry because of its flexibility.

Meanwhile, some other states like Arkansas, Georgia, Iowa and Tennessee have passed statewide laws that bar local governments from enacting or enforcing scheduling rules.

Recruiters and employers will also increasingly be dealing with a patchwork of laws regarding use of marijuana.

“The problem is that there is no specific standard for how this works in the workforce,” Voltmer said. 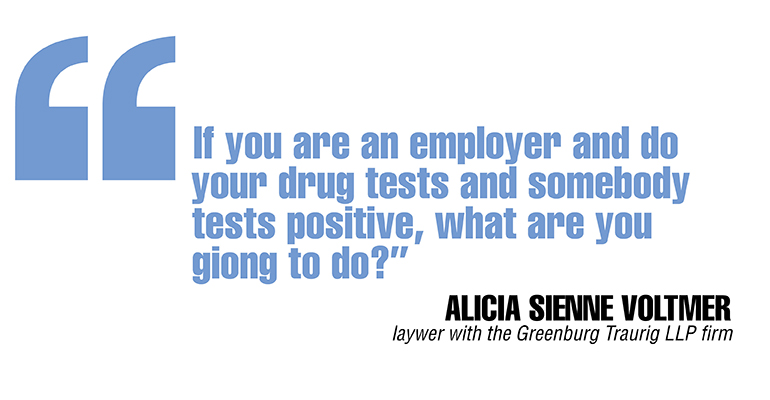 A number of states and municipalities have relaxed regulations around recreational marijuana use, but the drug is still considered a controlled substance under federal law, making it illegal at the federal level.

The federal government has made a decision not to prosecute, but it could at some point decide to step in, Voltmer noted.

“If you are an employer and do your drug tests and somebody tests positive, what are you going to do?” she asked.

“If you have operations in multiple states, you need to know what the law is in each of those states,” Voltmer said.

More state attorneys general will likely be looking at so-called employee poaching clauses in franchise contracts, which prevent franchisees from recruiting workers from another franchise operator.

“A lot of franchise agreements say, ‘Thou shalt not poach they employees,’ whether you are the franchisor or the franchisee,” Voltmer said. “The federal government said that restricts people from working from where they want to work.”

Voltmer said that under the administration of President Donald Trump, the federal government has backed off any position against poaching, and the state attorneys general have stepped in.

“If you are in a franchisor-franchisee situation,” she said, “you want to be aware of this and know what your contract language says.”