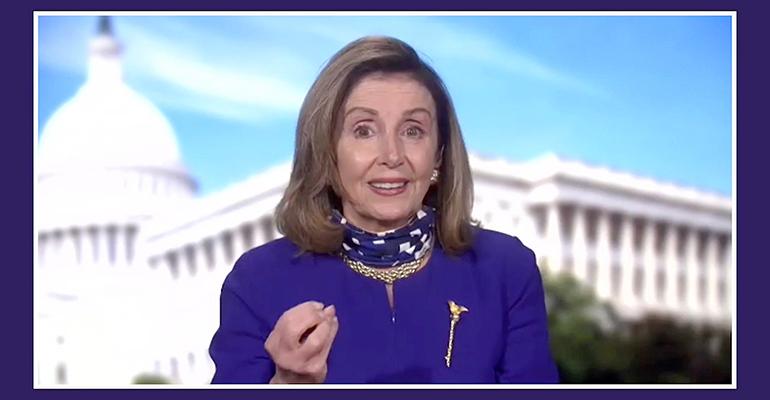 Chains excluded from restaurant grant program proposed as part of HEROES Act; grants are geared for independent restaurants, food trucks and bars in underrepresented communities with a focus on women- and minority-operated establishments.

House Democrats introduced late Monday an updated version of the HEROES Act, which would infuse $2.2 trillion into the economy in the form of increased unemployment benefits and the establishment of $120 billion in grants for restaurants, bars and food trucks.

The Independent Restaurant Coalition asked Congress on Monday night to support the latest version of the HEROES Act. Besides providing direct relief for independent restaurants, the bill also includes another round of Paycheck Protection Program loans geared for the hardest hit small businesses.

The grant program was first introduced in the summer as a bipartisan $120 billion relief package called the “Real Economic Support That Acknowledges Unique Restaurant Assistance Needed to Survive Act,” or RESTAURANTS Act. It is aimed at providing relief for the nation’s 500,000 independent restaurants and the more than 11 million restaurant workers impacted by the pandemic.

This is the first time a version of the HEROES Act has included the coalition's relief proposal.

Grants would be given to restaurants, food trucks, taverns and bars based on “the difference between the business’s 2019 revenues and estimated 2020 revenues for each quarter,” according to the bill.

The federal grants will prioritize awarding funds to "marginalized and underrepresented communities" with a focus on women- and minority-operated establishments with annual revenues of less than $1.5 million. The funds would be earmarked for payroll and other eligible expenses and would need to be used by June 30, 2021. A chain or franchise with more than 20 locations doing business under the same name is not eligible.

Industry advocates have been urging Congress for months to provide direct relief to the industry, which has experienced 100,000 closures during the crisis. The coalition says 1 in 4 Americans who lost their jobs during this COVID-19 pandemic worked in the industry.

The National Restaurant Association has asked Congress to endorse the RESTAURANTS Act, saying it “takes a balanced approach to support independent and locally owned franchise restaurants.”

While this version of the RESTAURANTS Act is a "tremendous" step in the right direction, the bill falls short when it comes to helping the entire industry because it denies federal support for small regional chain restaurants and individual owners of small franchise restaurants, said NRA Executive Vice President of Public Affairs Sean Kennedy.

"After six months of a pandemic that has brought our industry to its knees, policymakers cannot pick restaurant winners and losers for federal relief," Kennedy said in a statement released Tuesday. “Restaurants from revered independents, to beloved regional chains, to the smallest corner diner are shutting down daily across the country. Each of these restaurants deserves our support."

The International Franchise Association also objected to the House version of the bill because it doesn't support franchise owners, even ones with a few units. For example, the owner of 10 Taco Bells is ineligible because Taco Bell has 6,000 units, well over the under 20-unit threshold. That same franchise owner, however, is eligible for a second round of PPP funding.

In a recent NRA survey, 40% of operators said that it is unlikely that their restaurant will still be in business six months from now if there are no additional relief packages from the federal government.

Other provisions of the bill:

“This $2.2 trillion Heroes Act provides the absolutely needed resources to protect lives, livelihoods and the life of our democracy over the coming months,” House Speaker Nancy Pelosi said in a statement. “Democrats are making good on our promise to compromise with this updated bill, which is necessary to address the immediate health and economic crisis facing America's working families right now.”

Updated: This developing story has been edited to include more bill information.