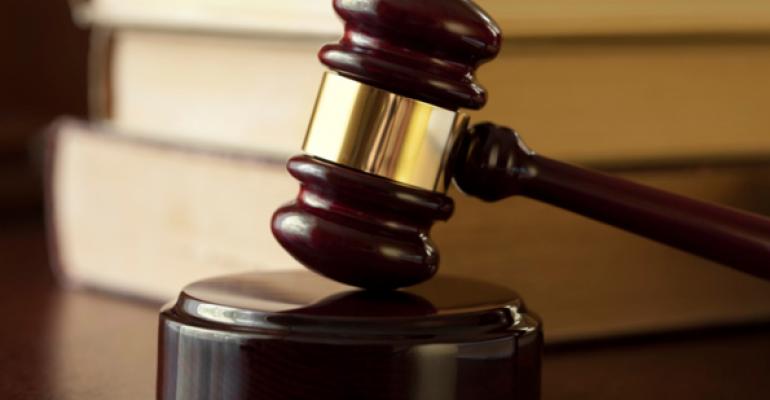 Employee theft can come in many different forms: stealing money, supplies, recipes, food and beverages. No employer hires an employee thinking that he or she is someday going to steal. When it happens, it is often a shock to the system that results in acrimony between the employer and the accused employee.

The natural reaction is to terminate the employee to set an example. While certainly an employer has every right to terminate an employee for theft, doing so can involve hidden traps for the unwary that can lead to potential liability under federal and state laws. Case law is rife with examples of employers being sued by a terminated employee for causes such as wrongful termination, malicious prosecution, defamation, false imprisonment, false arrest and invasion of privacy. How can a restaurant owner or manager minimize potential liability in a situation like this?

The methods used to try to document employee theft can result in liability. A manager who suspects theft, for example, may hide a baby monitor in a break room to try to catch employees talking about stealing. While the idea seems logical, it also is illegal under federal anti-wiretapping laws and possibly state laws as well. Having the suspected employee in a position in which the employee cannot leave an investigatory meeting without crossing a gauntlet can lead to a false imprisonment claim. Digging in an employee’s purse without consent can lead to an invasion of privacy claim. Federal laws also regulate the use of lie detectors in investigations of monetary loss.

It is important that an employer take several steps with new hires to mitigate exposure. All employees should sign an acknowledgement that they understand they have no privacy rights in items they bring onto the employer’s premises. Employees should acknowledge that they are under video surveillance, if applicable, and consent to it. Make employees aware via a policy that cooperating in an investigation is mandatory and that refusal to cooperate may lead to termination. Advise employees that if they violate policies pertaining to the protection of company assets, they may be terminated without any finding of any intentional wrongdoing on their part. Train your managers and make sure that they understand what is permissible and what is not permissible when employee theft is suspected. Make sure they understand that their actions and words can bind the company and create liability.

In virtually every employment lawsuit arising out of a termination for theft, the investigation becomes most critical years later in litigation. While an employer ordinarily bears no burden of proof at trial, a jury will likely look for the employer to prove an accusation of theft beyond a reasonable doubt. Any investigation should involve at least two individuals; optimally, one should not personally know the accused employee. This will help avoid claims that “charges” were trumped up against a staffer because of hostility by the investigator. If the company has a written protocol or established past practice for conducting investigations, the protocol or past practice should be followed. Witnesses should write their own statements in their own handwriting and all statements should be legible, dated and signed.

An employee who is being investigated should be allowed to tell his or her side of the story and have it included as part of the record. Otherwise, a jury may believe that the employee was railroaded and falsely accused. The investigation must be thorough, and an investigator should not limit the investigation to the witnesses identified by the accused if other individuals might have relevant knowledge.

3. Base the termination meeting on the evidence.

A termination meeting should not be the first time an accused employee learns that he or she is suspected of theft. Rather than terminate a suspected employee immediately, it is a better practice to suspend the employee pending the outcome of the investigation. Many suspected employees will not return for a followup meeting and can be terminated as having abandoned their job.

How the termination meeting is conducted depends heavily on the strength of the evidence. If the evidence suggests theft but is not conclusive, the employee should not be told he or she is being terminated for “theft,” “dishonesty” or even “suspicion of theft.” Accusing an individual of a crime may be considered defamatory and can result in the employer being forced to prove that the employee in fact stole from the company. Using language centering on your lack of trust in the employee, i.e., loss of confidence, is much less likely to be defamatory.

Another possibility in this inconclusive evidence scenario is to connect the termination to a policy violation, not to a crime. For example, the employee should be told that no conclusion has been reached as to their culpability for theft, but that the employee is being terminated because procedures were not followed or that a policy violation occurred that resulted in a loss to the employer.

4. Don’t coerce confessions, and get any admissions in writing.

If an employee admits to the theft, ask for a written confession. As with witness statements, this should be in the employee’s own handwriting, legible, dated and signed. Managers should be taught that the hot-box method of extracting a confession can backfire. If the circumstances under which the employee gives the confession can be characterized as coerced, a judge or jury may choose to ignore it. To avoid this, allow an employee to leave the interview and go to another area where the investigators are not hovering around the employee as the statement is prepared.

If the employee refuses to admit theft even where there is indisputable evidence of guilt, you must choose carefully how to characterize the termination. Employees who refuse to admit guilt in the face of overwhelming evidence will continue to fight the assertion of theft at every opportunity. These are the individuals most likely to sue.

Many business owners subscribe to the theory that having the police arrest a suspect at the facility and parading the employee out in handcuffs in front of other employees is a good method for deterring theft. While this may or may not be true, it is certainly one of the best methods of instigating a lawsuit.

It is critical to know how seriously your local police will respond to allegations of employee theft. Some police departments are too overwhelmed with violent crimes to do more than write a report of the complaint. Either a lack of interest or sloppy handling of the matter by the police can both be used to undercut the employer’s claims against the employee. Ultimately, no police involvement is better than limited or poorly handled police involvement.

If a police department is ready, willing and able to respond to reports of theft, call them when the missing item or money is discovered. In such a situation, whoever interacts with the police should not point the finger at the suspected employee. If a different employee turns out to be involved, this can initiate a claim for malicious prosecution under many state laws. Should the suspect beat the charges, which sometimes occurs, an employee will be more likely to succeed with a claim for malicious prosecution against the employer.

Organize and store the records of the investigation for future use. If business records that are ordinarily destroyed are used in the investigation, they should be placed where they cannot be destroyed. Showing video footage of an employee pocketing money is solid gold in a court. Not having the video footage of the employee pocketing the money, because the video was lost or destroyed, is solid gold for the terminated employee.

Treating the inevitable unemployment compensation claim lightly can wreak havoc on later proceedings related to the termination. If the employee has counsel, that attorney will likely attend the hearing and question witnesses. Take the time to prepare witnesses fully and make sure they understand the importance of the proceeding.

If an employer loses an unemployment compensation claim related to employee theft, the employee becomes emboldened to assert other claims. Additionally, the loss at the unemployment hearing may create factual issues over whether a qualified privilege applies as a defense to a defamation claim for statements accusing the employee of theft. If you do not want to spend the time, energy and effort needed to fully prepare for the unemployment hearing, it may well be better to not contest the claim at all.

While employers can take strong measures to reduce employee theft, eliminating it entirely is not feasible. By following procedure and a few best practices, employers can greatly diminish the opportunity for the insult of an expensive lawsuit being added to the injury of employee theft.

Steven Cupp is a partner with Fisher & Phillips LLP, a national labor and employment law firm. He is with the firm’s Mississippi Gulf Coast office. He can be reached at [email protected].