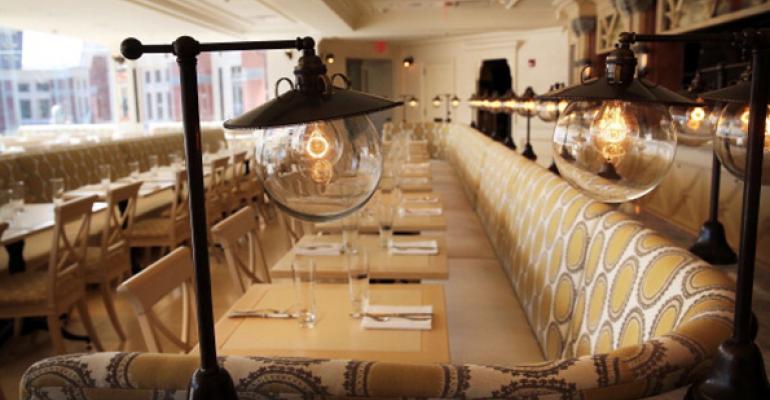 <p>Would an outside evaluation have helped NYC&#39;s Tavern on the Green avoid a dreaded no-star review in the <em>New York Times</em>?</p>
Operations>Management

A critical eye helps operators up their game

Every new restaurant could benefit from a fresh set of eyes. That’s the essential premise behind Miller Dining Group, a company formed by a veteran restaurant writer, chefs and business experts to help restaurant owners and work out the kinks early on, preferably before a restaurant has been discovered by the public and local critics.

Arguably the most famous of the group is Bryan Miller, longtime restaurant critic for the New York Times. Miller hatched the “critics before the critics” idea when he was involved in projects with restaurant consultants. He realized the experts saw things from the owner’s point of view, but they didn’t really understand whether a restaurant would click with the public.

“Wouldn’t it be a good idea if someone came in from the other side of the door to represent the public and the media?” he asked. He drafted help from Union Square Hospitality Group veteran Michael Romano, former White House pastry chef Bill Yosses, veteran wine, service and management expert Christopher Russell and business startup specialist Gina Fox.

Here’s the process: Miller and other team members anonymously visit the restaurant three or four times at lunch, if appropriate, and dinner. They compare notes, and he compiles a 1,200-word review with opinions and pointed suggestions for improvement, which goes to the owner. Miller Dining Group will meet with the restaurant staff and go over the findings on request.

How is this different from a mystery diner service?

“These are people who will say ‘gee, I didn’t like the green beans,’ but they don’t have experience in the trenches. They are just citizens who go in and report what they liked and didn’t,” Miller says.

Miller says his team brings a depth of knowledge and experience to the table. “For example, we were in a restaurant where the greens tasted burned but looked okay. Our chef (Romano) figured out what probably went wrong: when the cook was shaking the pan, the fire licked up over the side and burned the oil. “We don’t just tell them what’s wrong, we tell them how to fix it,” he explains.

The exercise does more than provide a window on how outsiders see a restaurant; it’s also an operations tuneup. “Our goal is to help restaurants make more money through efficiencies,” he says. “If it’s wine, for example, we look at pricing, selection and how it’s being sold. One Florida restaurant we worked with told us their wine sales had increased $70,000 in the first 10 months,” he notes. Typically the bump in sales or efficiency more than offsets the group’s $6,000-$8,000 fee.

Miller says two primary restaurant types are good candidates for his company’s services: The first is high-profile new concepts with a large investment on the line—think Tavern on the Green (not a client), which reopened earlier this year to great fanfare only to be trashed by reviewers. The second is upscale restaurants or groups in need of impartial quality control or in the process of upgrading.

What’s one of the most common weak links? Training.

“We find places that will spend $1-2 million to build a beautiful restaurant and pay a lot to get a good chef, but it’s freewheeling in the dining room, where servers haven’t been trained properly,” Miller says. “We went somewhere last night and the service was so bad. The waiter disappeared, it took forever to get anything, the orders were botched. You just can’t send people out that way.”