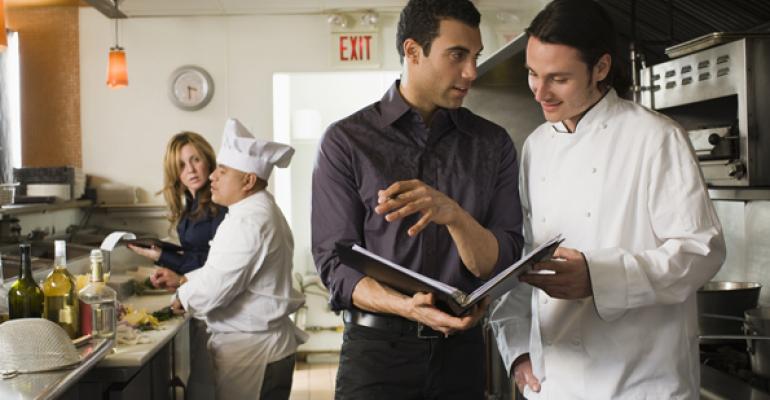 What you need to know about I-9 compliance

In 2011, U.S. Immigration and Customs Enforcement (ICE) created a central Form I-9 Audit Center and issued thousands of audit notices. This was followed by audits and criminal prosecutions of employers in 2012.  After an investigation that began with a routine ICE audit of I-9s, a California restaurateur was sentenced to five years supervised probation and fined more than $275,000 after pleading guilty to knowingly employing a number of illegal immigrants for several years after receiving a civil fine and receiving no-match letters from the Social Security Administration. The restaurant also forfeited $100,000 in profits that were claimed to result from the illegal employment. Such examples provide a cautionary example of the importance of compliance.

The first line of defense against immigration law liability is proper completion and maintenance of I-9 forms. These are the forms the Department of Homeland Security requires you to complete for each employee to demonstrate eligibility for legal employment. Fines for failure to complete or retain I-9 forms are steep, and the government is stepping up the pace of enforcement.

Unfortunately, many restaurants employ illegal workers, whether they know it or not. Although it’s not possible to know with any certainty, one industry insider guesses that up to 30 percent of restaurant workers may lack the credentials to work legally in the U.S. Most of them will have presented documentation, presumably false documentation, when hired.

To avoid prosecution, you must adopt consistent good practices with respect to completing and maintaining Form I-9s for every new employee prior to his or her beginning work. The I-9 form is issued with three single-spaced pages of instructions for completing it. Fortunately, by now, you should be familiar with having the employee fill out and sign the form, and selecting the appropriate identification documents for the employer’s review and certification. Restaurant businesses with hundreds of units as well as those with only a handful of units report feeling reasonably confident that they are substantially complying with most I-9 requirements. Even so, small errors repeated frequently can lead to substantial penalties. And I-9 compliance is a liability concern when acquiring additional restaurant units that are already operating.

Consider enrolling in E-Verify, an online program provided by the Department of Homeland Security that allows you to verify employees’ work authorization status. In some states, including Arizona, the use of E-Verify is mandated for certain categories of businesses. Smaller restaurant businesses may find that the use of E-Verify and other similar verification systems is not yet economical or efficient for them, but it may become so in the future. Another current negative to E-Verify participation is reportedly little availability of customer support when questions arise.

In any case, completed Form I-9s should be stored in a secure, separate file, rather than in employees’ individual personnel files. This practice may not be consistently followed because of the greater perceived efficiency in keeping all documents for each employee together, and because electronic applicant tracking systems now in vogue are designed to maintain files together. But I-9s of active employees should also be maintained in a separate file from those of terminated employees, another regulatory requirement that is not uniformly followed.

There is also a category of employees who are active, but whose I-9s will need to be revalidated due to an anticipated expiration date and renewal of a work visa, for example, and these should be flagged. For very large companies, electronic storage of Forms I-9 may make sense, and it’s permitted, as is electronic completion and signature of I-9s.

Keep in mind that there’s a civil fine of $110 to $1,100 per violation, although a good-faith defense is available for technical violations. Knowingly hiring or employing unauthorized workers is much more serious. Civil penalties include fines of between $375 and $6,500 per individual, depending on whether it is a first or second offense, as well as separate civil fines for document fraud or unlawful discrimination.

Criminal penalties also apply when the government asserts that the employer engaged in an illegal hiring pattern and practice or willfully violated the law. In addition, prosecution of tax violations results when the government finds that illegal workers were employed and paid in cash, without taxes being withheld or reported.

Helen N. Baker is a partner and a member of the Food Industry Team at the Chicago law firm of Freeborn & Peters LLP. She concentrates her practice on a wide range of labor and employment law issues. Reach her at 312-360-6256 or [email protected].